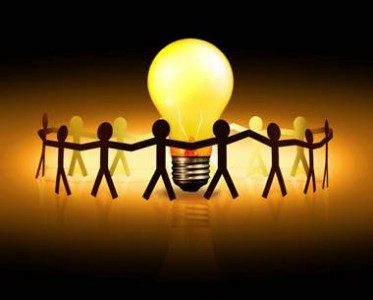 Imagine six business colleagues in a meeting and the leader of the meeting says: “Did everyone get the TPS report?” Everyone in the room nods. If you have no clue what a TPS report is and you’re like me, you raise your hand and say, “At the risk of sounding like an idiot, I don’t know what a TPS report is, can you elaborate?”

The leader then elaborates and you see a sign of quiet calm come over all of the people that now know what a TPS report is, because you asked. They wouldn’t risk looking like an idiot or risk showing a sign of weakness, but you actually showed a sign of strength.

In today’s ultra-competitive work environment, many people feel the need to be “super workers” and have an answer to every question. But, it’s not always a good thing if you have people who work for you that are afraid to admit they don’t know something, and it’s the kind of behaviour that can ultimately get you in trouble with potential clients. From an Islamic perspective, admitting that you do not know something is a wiser move and is looked upon in a much better light than if you pretend to know. A person who admits lack of knowledge has taken the first step to overcome their ego and to become learned, whereas the opposite will be stuck in their ignorance for as long as they carry that attitude.

I once worked with a guy who was a stereotypical Sales Shark! His problem? He sold whatever the prospect wanted, even if we didn’t have it. One particular prospect asked a ton of questions about our service and instead of saying “I don’t know if we can deliver that, I’ll check on it and get back to you,” he said “Yes, we can do that.” After closing and signing this pretty big deal, it turned out that the service that our new customer wanted wasn’t anything that we could deliver on. The customer wasn’t happy, which is the worst way to start a business relationship.

In another incident, I was recently on a conference call with someone who was trying to get our business. During the call, I asked this gentleman if he had seen the latest news on a company we were both tracking. He told me that he had, as I heard his fingers frantically scrambling on the keyboard for him to Google it and read it to me. Was I born yesterday? I don’t think so.

Why do people have to pretend to know everything? At my company, VerticalResponse, if we don’t know the answer to a question I encourage people to say, “I don’t know, but let me find out and get back to you with an answer.” There is no value in dancing around something that isn’t true just to look good, because in the long run, if you’re wrong, you just look bad.

I work in a male-dominated industry, so that’s probably the reason I see it happening with guys more than women. In any case, my opinion is those three little words are not any sign of weakness. Saying “I don’t know” is a sign of strength because it’s the most honest thing you can say.

It’s critical that your people/staff understand that they can actually earn respect by being confident in the fact that they aren’t expected to know every answer to every question. And your company can earn more business as a result.