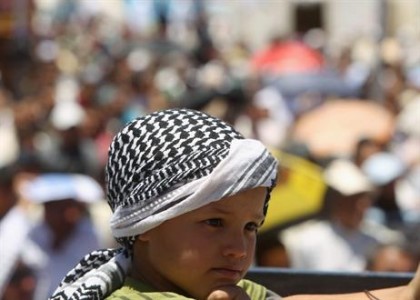 An Islamic revival is taking hold in rebel-held eastern Libya after decades of tough curbs on worship by Muammar Gaddafi, but clerics say this will not be a new source of religious extremism as the West may fear.

Restrictions on Islamic piety have become history in the east of the Arab North African state since its takeover by anti-Gaddafi insurgents, and clerics see a much bigger role for Islam in the country if Gaddafi is ultimately driven from power.

Yet Libyan society remained religiously conservative in character and that is now flowering anew in the rebel-held east.

In signs of greater Muslim piety, some rebels have grown longer beards, public prayer has become ostentatious, religious books are selling well and plans are afoot for more centres for the study of sharia, or Islamic law — all of which, under Gaddafi, could have led to arrest and imprisonment.

“The situation in free Libya will revert to its natural state — the natural state of the practice of religion in life, in the morals of the people, their ways, their return to the mosques,” said Osama al-Salaaby, a well-known cleric and professor of sharia in Benghazi, the rebels’ de facto capital.

Despite NATO air strikes on his troops and armour, rebel fighters have been unable to make significant inroads into Gaddafi’s western power base after failing to deal him the knock-out blow they hoped for at the start of the revolt.

The rebels’ slow battlefield progress has benefited the cause of Islam in Libya, said Salem Jaber, the most senior cleric in the east and head of its mosque oversight body.

“We’ve been mixing, and the Islamists and the secularists are coming together to create a middle road,” said Jaber.

His plans for more sharia schools, the popularity of long beards and public calls for jihad, or holy war, against Gaddafi, may make some shudder in the West, where jihad and Islamic madrasas are associated with religious militancy.

A U.S. NATO commander said last month that intelligence had detected “flickers” of al Qaeda among the rebel ranks.

Jaber said the West had nothing to worry about, but picked what might seem an odd role model to support his assertion.

“Look at Saudi Arabia. The people here want Islam closer to that of Saudi Arabia,” he said, referring to Saudi’s strain of Wahhabi Islam, which among other things bans women from driving and in some cases calls for a thief’s hand to be cut off.

“Did the Saudis’ Islam affect it politically? No. Has it succeeded or failed in the modern world? It has succeeded,” said Jaber.

There has been scant sign of Salafism in Gaddafi’s Libya, less than in nearby Egypt or Morocco, and al Qaeda’s North African branch has no proven presence in Libya.

Salaaby said more sharia schools would reduce the likelihood of extremism. “When scholars have a role in the education of the people, in their understanding of religion, there will not be extremism, terrorism or perverted ideas,” he said.

Redefining Islam’s role in a new Libya will be tricky given the population’s varying levels of religious observance and wariness of religious extremism at home and abroad.

Religion or any other cause or philosophy that could rally Libyans outside Gaddafi’s stewardship was strictly limited after Gaddafi seized power in 1969. Islamists have been among the most prominent victims of his absolute rule.

Security forces shot dead more than 1,000 prisoners in 1996 at Tripoli’s Abu Salim jail, the government’s main detention centre for suspected Islamist militants, in what was probably the bloodiest act of repression under Gaddafi.

“He restricted the people to slogans of worship. Your God is only in the mosque. As for the world outside, there is no place for him there, or you’ll go to prison,” Salaaby said.

The rebels eventually plan to draw up a new constitution that replaces Gaddafi’s ruling principles.

Members of the rebel National Transitional Council have said they want a democratic, secular system with free elections, comments that played well with the Western powers that pushed for foreign military intervention against Gaddafi’s forces.

But Salaaby and Jaber insist that Islamic sharia will play a key role in Libyan society after Gaddafi.

“There will no be law that contradicts sharia. That does not mean it will be a (strictly) religious country,” said Salaaby.

Debate has already begun between more hardline Muslims and moderates over Islam’s role in a post-Gaddafi Libya, he said, but so far this had not resulted in tension or strife.

“There is no tension. These are normal differences. It’s the first time we’ve had this debate. What decides in this situation? The people,” Salaaby said.

Jaber also said it would be up to Libyans to decide.

“The constitution should reflect the make-up of the people. And the people are Muslim, so we ask for sharia to be a source for the constitution,” he said. “Then the people will vote on it. And if they want to change it, it’s up to them.”