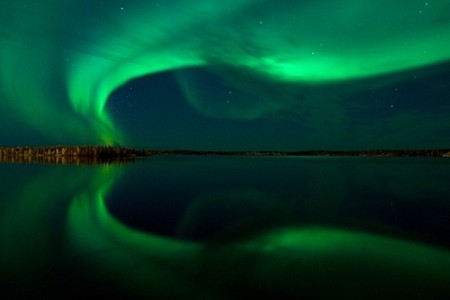 There are three main ways to approach belief in God: to believe, not to believe and not to be sure. The latter, agnosticism, is the default position of most in the Western world if we are to accept the surveys. However, the first two — theism and atheism — are both matters of faith. Atheism is a growing trend, and is seen as one of those intellectually superior positions. The theist is often considered an amusing anachronism who is harmless unless they bring their faith to the public realm. From the Islamic viewpoint, even though theism is a position of faith, that faith should not be blind.

Whilst recognising the gift of guidance, and the fact that no one can ‘prove’ God’s existence, we should know that the Qur’an is dedicated to “people who think.” As such, theism in Islam has to be based on a conscious and rational exploration using all our given senses. The revelation of the physical world offers us an opportunity for that exploration, and to my mind contemplation of Space makes belief in God compelling.

When I look at a star-lit sky (not easy to do, given the light pollution of our cities), I am always awe struck. Each star is a sun to another world, with planets revolving around it. Each star is the centre of another galaxy, as our sun is the centre of ours. The light from some of these suns takes millions of years to reach us, and thus we see it as a tiny star, barely twinkling in our eyes. We should contemplate the fact that we are looking at light from the time of the dinosaurs and before. We cannot count the stars. We cannot know how many planets are out there. We cannot even fully imagine the potential for life. Yet, we can boldly declare that there is no Creator; that this all came into being by accident. For me, this type of thinking is not only arrogant, it is parochial.

The stars are one of the reasons that compel me to be a Muslim. They remind me of the vastness of the universe, and the potential for life on other planets. They remind me that God is Lord of All the Worlds. They remind me that self-surrender unto God is due because whatever God is, He is the Creator of the whole universe, not just our Earth (even though the Earth holds some amazing realities). And the stars remind me not to be closed-minded, either in confining my faith to some narrow dogma and ritual, or in my dealings with other human beings.

We can be very parochial and self-interested as a creation. We submerse ourselves with such little problems, yet the glory of creation is out there for us to marvel. We navel-gaze rather than stargaze. Our eyes are fixed downwards, afraid to look up lest we see the majesty.

Muslims of previous generations, freed from the imprisonment of idol worship, contemplated the universe. They took that freedom, and were able to transform themselves. The vastness of the creation gave them a belief in the Creator, but also a sense of self-belief, and a desire to expand their minds and their beings.

We now have telescopes that allow us to see further than ever before, that allow us to peer into the depths of galaxies light years away. But do we stop and marvel? Do we stop to wonder at the ultimate realities of the universe?

I believe that we have to strive to find a balance between not being caught up in the minutiae of the everyday, whilst simultaneously making sure the small kindnesses towards others are fulfilled. But there is a difference between the search for small kindnesses and pettiness. I am struck sometimes at how small-minded we can be. I have seen people snub a wedding because they had not been personally invited with a hand delivered card. I have seen family members stop talking to each other for thirty years because of some slight they cannot even remember. I have seen siblings quarrel whose turn it was to do the washing up. How can we be so trivial when the vastness of the universe is there to contemplate and enjoy?

The Qur’an reminds us of this when asking us to consider the Heavens, “It is the star that pierces through darkness,” (86:3) and surely our contemplation of the stars should pierce the darkness of our disbelief, our arrogance and the closed-mindedness that can destroy the human condition. 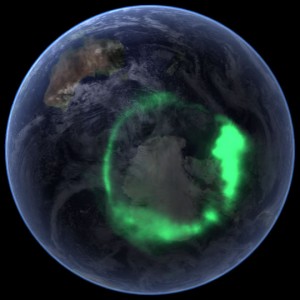