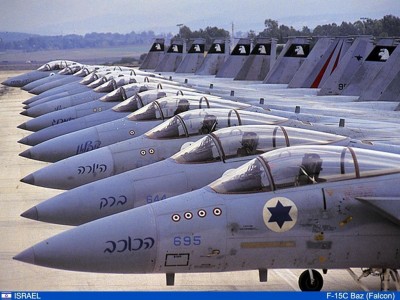 A few days back I participated in a Rubinger Forum event, which hosted UN special envoy to the Middle East, Robert Serry, who spoke about what might actually happen when September comes around. Serry, a professional diplomat, is someone it is a pleasure listening to, even when he’s glum; and he was rather glum.

He gave a brief description of the situation on the ground, noting that only after the Annapolis meeting did Israel officially start talking about a two-state solution (contrary to common myth, the Oslo Accords did not mention a Palestinian state). Serry said that as he sees things, and his estimate is supported by the World Bank and the IMF, the Fayyad government will manage the transformation into a state – but reminded his listeners that Fayyad controls only 40% of the West Bank. Israel rules the rest.

Serry was very disturbed by what may take place in September. To make a long story short, he estimated that the Security Council will fail to reach a decision on a Palestinian state – which is presumably Diplomatique for “the US will veto the resolution” – which may lead to a decision by the General Assembly, but the legitimacy of such a decision will be questioned. The process for such a move exists, but has never been used. Serry said that unless a political arrangement is reached by September, everything gained in the West Bank in the last few years may be lost. He elegantly avoided saying it, but he hinted a new round of violence may be upon us.

Violence does not serve the Palestinians; it serves Israel. The goal of Israel, then – once you move past the pious platitudes of “we always wanted peace” – is to goad the Palestinians into violence. Such an outburst will, Israel’s leaders seem to think, grant them legitimacy for some old ultra-violence of their own.

This seems to be supported by Netanyahu’s speech to the Knesset on Monday. He set a list of conditions the Palestinians cannot accept. No Palestinian leader will accept the idea of Israeli enclaves (or, as Israel inelegantly calls them, “gushim,” blocs) inside Palestine, nor the presence of Israeli troops on the Jordan; they mean a Palestinian state both encircled and penetrated by Israel. As an aside, the Israeli demand for military presence on the Jordan is a relic of the 1990s, when the army felt threatened by an Iraqi invasion. That threat is no more; the demands are here to stay. Netanyahu refrained from speaking about a settlement freeze, East Jerusalem as a Palestinian capital, demanded recognition of Israel as a Jewish state, and kept referring to his opposition to the Hamas-Fatah reconciliation. In short, Netanyahu clove to his old method: Say “yes, but…” and add six impossible terms before breakfast.

There was something odd about Netanyahu’s speech (Hebrew). He spoke of a girl, who, while marching in Bil’in, carried a large house key. He waved this incident – assuming it did happen; Netanyahu’s connection to reality is somewhat frail (Hebrew) – as proof that the struggle with the Palestinians is not on the 1967 lines but rather on the 1948 ones. He said “they want our houses in Jaffa, Ramla, Haifa.” Jaffa and Ramla were Palestinian towns in 1948; Haifa had many Palestinian residents. Netanyahu did not speak of Tel Aviv, or Ein Harod, or even Jerusalem; he was speaking of towns that were clearly Palestinian in 1948, and stressed the words “our houses.” The reference to Bil’in is also puzzling: The par-excellence example of a non-violent struggle against so clear an injustice that even Israel’s Supreme Court, whose Justitia’s eyes are blindfolded with guncloth so she won’t recognize her kidnappers, noticed it and ordered it to be corrected. It can hardly be considered an error; a political speech by the prime minister – assuming it wasn’t written by Sarah Netanyahu, in which case all bets are off – is meticulously examined before he declaims it. This is no error; this is forethought.

So why did he speak as he did? I believe Netanyahu wants a clash with the Palestinians in September. Like Golda Meir in 1973, he is looking for a war, because he thinks it may let him keep the territories he holds, which for him are more important than peace. That’s why he talks about war for the home: He knows most Israelis would return Shvut Rachel or Goliath’s Testicles to the Palestinians without having to think about it twice. So he has to convince them the war is not for the loony hill settlers, but for their own homes. This is what Ehud Barak did, before he went to the talks with Arafat in 2000: Prepared the Israelis for war. He who wants war, should pretend to seek peace.

To get what he wants, Netanyahu will have to frustrate the Palestinians until they blow up: To snatch away their state, which is almost within reach. Netanyahu goes to the US, I think, to make it clear to Obama that he wants a veto in September, and that he controls congress. To Israel’s misfortune, a large segment of the American population has strong emotional ties to it. As the Chinese and the Cubans learned, this means an irrational policy by the US towards their country, a bear’s hug which is supposed to improve their situation but in fact worsens it. Netanyahu may well control congress through AIPAC, and Obama did not show, so far, a real willingness to confront him.

War, for Netanyahu, is good for two reasons: It will put an end to the two-state solution, and it will postpone for many years the necessary international debate about the only option left, a bi-national state. After all, you can’t discuss this while a war rages on, and the IDF will make sure war will always rage on. And in the meantime, Israel will do what it did best throughout most of its existence: Settle the West Bank and disinherit the Palestinians.

Israel could pull this shtick in 2000, when the IDF happily used Palestinian violence and went to town. I strongly suspect it won’t again. You can’t fool all the people all the time. One must hope the international community will realize Netanyahu’s ploy, and will say a loud “yes” to a Palestinian state within the 1967 borders, not an inch less or more, in September. The Palestinians, for their part, will have to commit themselves to the end of the conflict; Serry notes that Israel owes its existence to a UN resolution, and so will Palestine.

If that’s not how it will play out, if Netanyahu is allowed to win, then we’re probably done for.