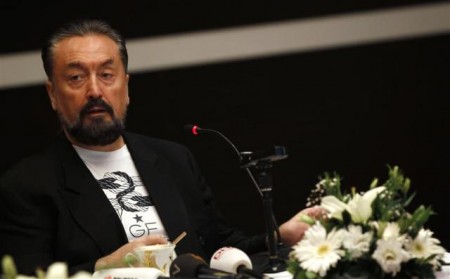 France’s staunchly secularist educational establishment was shocked four years ago when schools around the country suddenly began receiving free copies of a richly illustrated Muslim creationist book entitled the “Atlas of Creation.” The book by Istanbul preacher and publisher Harun Yahya had come out in Turkey the year earlier. After the French Education Ministry warned teachers not to use it and held a seminar on how to deal with creationist pupils, the issue dropped out of the public discussion. But the Harun Yahya group has been spreading its view in France and is now holding a series of conferences on them. Here is my feature after visiting one of the first meetings in the current series:

Four years after they first frightened France, Muslim creationists are back touring the country preaching against evolution and claiming the Koran predicted many modern scientific discoveries.

Followers of Harun Yahya, a well-financed Turkish publisher of popular Islamic books, held four conferences at Muslim centres in the Paris area at the weekend with more scheduled in six other cities. 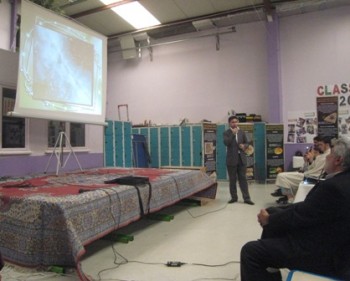 At a Muslim junior high school in this north Paris suburb, about 100 pupils — boys seated on the right, girls on the left — listened as two Turks from Harun Yahya’s headquarters in Istanbul denounced evolution as a theory Muslims should shun.

“We didn’t descend from the apes,” lecturer Ali Sadun told the giggling youngsters. Charles Darwin’s theory of evolution, he said, was “the scientific basis to defend atheism.”

Harun Yahya, one of the most prolific publishers in the Muslim world, gave proudly secularist France a scare in January 2007 by mass-mailing thousands of free copies of his “Atlas of Creation” to schools and libraries across the country.

The Education Ministry quickly ordered headmasters to seize and hide copies of the large format book that, over 768 pages of glossy photographs and easy-to-read text, argues that all living things were created by God exactly as they are formed today.

It followed up with a special seminar to train teachers how to counter a small but growing group of pupils who challenge evolution with creationist theories.

In October 2007, with strong French support, the Council of Europe denounced the creationist views laid out in the “Atlas of Creation” as a religious assault on science and human rights.

Christian and Muslim creationists believe God created the world as described in the Bible and the Koran. Both books say God made the universe and all living things in six days. The Bible presents that as the exact time needed for creation but the Koran says “days” actually means long periods of time.

Christian creationism enjoys popular support in some parts of the United States but courts have ruled it is a religious view that cannot be taught in state-run schools.

Koran-based creationist views are traditional in the Muslim world. Advised by U.S. creationists, Harun Yahya has developed a series of books that have helped spread this view in recent years beyond the Middle East, including to France, whose five million Muslims make up Europe’s largest Islamic minority.

“People who defend evolution can’t accept the existence of a Creator,” Sadun said at La Réussite (“Success”), one of the few Muslim-run private schools in France. 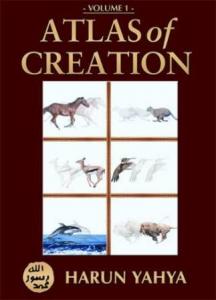 “Life is not the result of chance, it’s the creation of a higher power, which of course is Allah,” he said in fluent French, adding that the confiscation of the “Atlas of Creation” was similar to book-burnings staged by the Nazis in the 1930s.

Scientists in Turkey, Europe and North America argue the Atlas is riddled with errors, but this seems neither to bother Harun Yahya’s followers nor to crimp his books’ sales.

Harun Yahya is the pseudonym of Adnan Oktar, 55, a preacher who keeps secret the sources of the ample funds that allow him and a group of followers to produce hundreds of thousands of slick and simple books on Islam under his pen name.

He told Reuters in 2008 that he was preparing the return of Jesus Christ, who he said would come back to Earth in about 25 years as a Muslim to help the Mahdi — Islam’s saviour figure — to defeat evil and establish Islam around the world.

After Sedun’s anti-evolution talk, a colleague from Istanbul spoke about “scientific miracles in the Koran,” another small but well-financed field of self-styled experts claiming the Muslim holy book predicted many modern scientific discoveries.

Avni Karahisar cited Koran verses he said indicated hidden proof of phenomena such as the Big Bang, planetary orbits and the expansion of the universe. Pupils avidly took notes on scrap paper distributed by teachers before the talk.

“Technology now shows these truths announced in the Koran 1,400 years ago,” Karahisar said. “This shows in a miraculous way that the Koran is the word of Allah the All Powerful.” 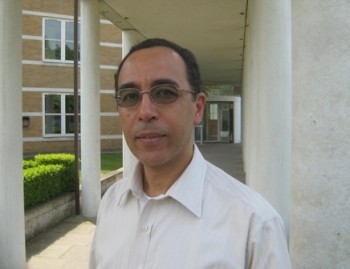 Nidhal Guessoum, an Algerian astrophysicist at the American University in Sharjah in the United Arab Emirates, dismisses these so-called miracles as “fanciful interpretations.”

They have “exploded and expanded to quickly occupy large parts of the cultural landscape of the Islamic world (particularly the Arab part) over the last few decades,” he wrote in his new book “Islam’s Quantum Question.”

Because the conferences are held on private premises, the Education Ministry has no authority over them and has not commented on what one Harun Yahya follower called their “second wave” of campaigning in France after the 2007 controversy.

This “second wave” began with conferences in January in Paris, Marseille, Lyon and other cities. The group plans similar conferences this month in Denmark, Sweden and the Netherlands.

While these conferences may not attract much interest outside Muslim communities in Europe now, the organisers clearly hope the creationist ideas they spread will have an impact.

A teacher at the La Réussite meeting said French educators called him an Islamic fundamentalist for his creationist views, but he thought they were actually secularist fundamentalists.

“As a Muslim school, we’re lucky to have people who give us tools for this debate,” he said, nodding toward the lecturers.

“This is very important for you and for your pride,” he told the pupils.