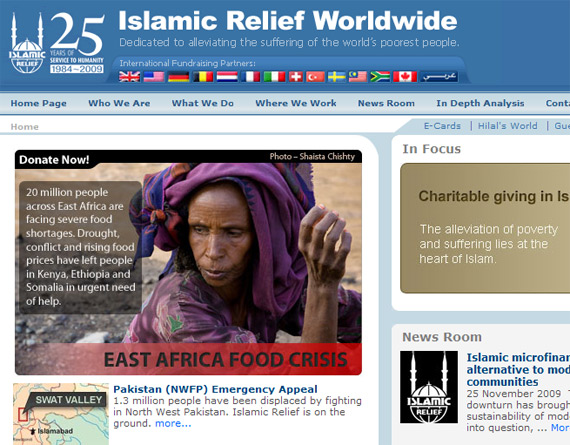 Earlier in the day the Chief Executive of Islamic Relief Worldwide, Saleh Saeed, opened the office in Auburn.

He says they would have liked to set up in Australia sooner, but were prevented by the Global Financial Crisis.

“We’ve been planning to work and operate in Australia now for a number of years and unfortunately with the economic recession and the organisation being so tied down with so many disasters around the world – including the Pakistan floods and the Haiti earthquake – we had to put our plans on hold,” he said.

Inspired by Islamic humanitarian values IRW are working in over 25 countries, to promote sustainable economic and social development by cooperating with local communities to eradicate poverty, illiteracy and disease. They also respond to disasters and emergencies, helping people in crisis regardless of religion, ethnicity or gender and without expecting anything in return.

The Australian office, to be based in Auburn, joins partner offices in over 30 countries that co-ordinate, fundraise for and implement Islamic Reliefs emergency and development programmes.

With the support of hundreds of thousands of individual donors as well as international institutions, IRW has succeeded in supporting 360 development projects around the world and It hopes the new office will add a dramatic value to its services in Australia.