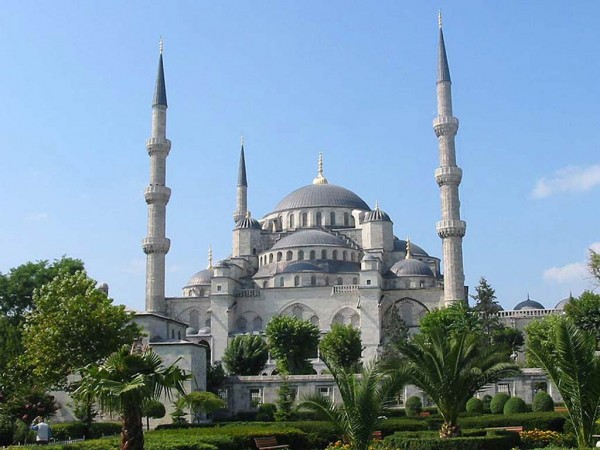 It has the ingredients of a conventional holiday – experiencing the culture and hospitality of one of the most exciting cities in the world. But few getaways encourage its participants to pray five times a day or try their hand at fasting, especially when those people are not Muslim.

A social enterprise is offering individuals the opportunity to immerse themselves in Islam, without having to convert, through a trip to Istanbul that takes in the regular sights and sounds but also includes prayers at dawn and midnight and lessons on Islam and its basic practices.

It draws heavily on the country’s Sufi traditions – with a particular emphasis on the poet and mystic Rumi. Ben Bowler, from the Blood Foundation, which runs the project, said: “We wanted to focus on Rumi because he is a unifying figure. Turkey has a relatively open brand of Islam and Istanbul is an existing tourist destination.

“There is a willingness to engage with the west. We might not have found it in the Middle East or parts of south Asia. If we were in Saudi Arabia it would have been harder.”

The foundation has called the initiative Muslim for a Month, despite it lasting nine days, and wants to offer a 21-day programme in the future. Bowler said most people would find it difficult to take a month off and admitted even the nine-day programme, which offers bed, board, instruction and sightseeing for £600, could have limited appeal.

“We currently offer Monk for a Month, where people spend time in a Buddhist monastery in Tibet. That is successful. The difference is that there’s a curiosity about Buddhism in the west. People are attracted to it, people who do meditation for example.”

In addition to praying and fasting, participants will forsake alcohol and pork. Smoking is, however, permitted. They will also be expected to carry out pre-prayer ablutions, mastering the art of hoiking their feet into a washbasin as part of the process.

Bowler described the clash between “Muslims and the rest of the world” as one of the most “contentious issues around” and said Muslim for a Month will appeal to “open-minded” individuals who want something educational and cultural.

“Our hosts don’t want to make the prayers obligatory but I think if you’re going to do something you should dive in. They might work up to five prayers a day – including the early morning one”. In mid-May, when the programme is due to start, the dawn prayer in Istanbul is around 3.30am.

An inaugural programme in February involving participants connected to Monk for a Month attracted Catholics, an agnostic, some Jews and a Hindu from around the world. Although nobody converted – and there is no obligation to do so – Bowler said there were changed attitudes and a deeper understanding of Islam.

“If we attract people who are predisposed to like Islam, that’s fine. I would like to think people aren’t so duplicitous that they will see Muslims for a Month as a cheap holiday to Istanbul.

“There is no illusion that bowing down to Mecca five times a day makes you a Muslim. It’s what the rituals and practices represent – a constant consciousness of the divine.”

Outreach programmes about Islam are nothing new. The Living Library, which operates in 12 countries and “loans” people out to challenge prejudice and stereotypes, features Muslims in its lending scheme. Deepening ties with Muslim communities is also a central plank of Barack Obama’s presidency. Last year he hosted an entrepreneurship summit.

Tags: Be Muslim for a month Istanbul Turkey