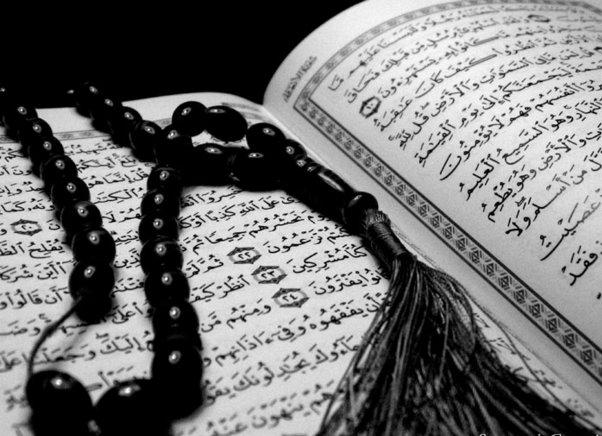 In the Quran, one of the most recounted stories is the story of the bondage of the Children of Israel and their deliverance from Egypt’s Pharaoh.

Many Jews may be surprised to learn that Islam as preached by Muhammad  was the same religion preached by Abraham , as well as of all other prophets mentioned in the Torah and the Bible. Muslims honor all the prophets of the Jews – Abraham, Jacob, Joseph, Moses, David and Solomon (peace be upon them all) among others – as their own prophets.

Here is how Allah  ordered Muhammad  to follow the religion of the Patriarch Abraham :

“So We have taught thee the inspired (Message), “Follow the ways of Abraham the True in Faith, and he joined not gods with God.”” (Surah Al Nahl 16:123)

In fact, the most important belief that unites Muslims and Jews is the faith in the One God as the Creator, Sustainer and Law-Giver of the universe. Both religions teach the need for establishing the Law of God on earth, so that there will be peace and harmony flourishing everywhere.

As Muslims have a Shari’ah (Law) to live by, the Jews have their Halakha (a compendium of laws, based on the Torah).

It is particularly noteworthy that in the Quran, there is no story that is recounted as many times and with as much emphasis, as the story of the bondage of the Children of Israel and their subsequent deliverance from Egypt’s Pharaoh. The Quran quotes Moses as saying to his people:

“Remember Moses  said to his people: “O my people! Call in remembrance the favor of God unto you, when He produced prophets among you, made you kings, and gave you what He had not given to any other among the peoples.” (Surah Al Ma’idah 5:20)

It was Moses , with the help and guidance of God Almighty, who led them out of Egypt towards a land of promise. Allah  in the Quran says what means:

“Children of Israel! call to mind the (special) favour which I bestowed upon you, and that I preferred you to all other (for My Message). Then guard yourselves against a day when one soul shall not avail another nor shall intercession be accepted for her, nor shall compensation be taken from her, nor shall anyone be helped (from outside). And remember, We delivered you from the people of Pharaoh: they set you hard tasks and punishments, slaughtered your sons and let your women-folk live; therein was a tremendous trial from your Lord. And remember We divided the sea for you and saved you and drowned Pharaoh’s people within your very sight.” (Surah Al Baqarah 2:47-50)

The story is narrated elsewhere in the Quran, where we may read these verses:

(It was said to him): “Ah now!- But a little while before, wast thou in rebellion!- and thou didst mischief (and violence)! “This day shall We save thee in the body, that thou mayest be a sign to those who come after thee! but verily, many among mankind are heedless of Our Signs!”

We settled the Children of Israel in a beautiful dwelling-place, and provided for them sustenance of the best: it was after knowledge had been granted to them, that they fell into schisms. Verily God will judge between them as to the schisms amongst them, on the Day of Judgment.” (Surah Yunus 10:90-93)

But he was arrogant and refused to free the Jewish slaves, until the last of the plagues God sent as punishment. The first-born of both man and beast were destined to fall down dead on that fateful night. Pesach, or Passover, means protection in Hebrew, and the name refers to this last of the plagues sent by God to the Egyptians. While the Egyptians suffered this plague, the angel of death passed over the houses of the Israelites. To protect themselves, the Israelites had marked their homes with lamb’s blood so that the angel of death could easily “pass over” their homes.

Under guidance from God, the Israelites fled Egypt; while the Pharaoh and his men pursued them. It seemed like their journey would end at the Red Sea which prevented their escape.

But a miracle happened when Moses struck the water with his staff: The waves of the Red Sea parted and the Israelites hurried along the passage between the parted waves. Pharaoh and his soldiers followed; but by the time the Israelites reached the other shore, the sea closed in engulfing their pursuers. Thus the Israelites were delivered from bondage, and the Pharaoh and his people perished.

Muslims are in sympathy with the Jewish celebration of the Pesach, as the fast on `Ashura’ amply demonstrates. When the Prophet Muhammad came to Madinah on the tenth of the lunar month of Muharram, he found that the Jews there were fasting.

The Prophet asked them why they were fasting on this day, and they explained that it was the day that God saved the Children of Israel from the Pharaoh, and that Moses fasted in thanks on this day.

Narrated by Ibn ‘Abbas: “The Prophet came to Madinah and saw the Jews fasting on the day of Ashura. He asked them about that. They replied, “This is a good day, the day on which Allah rescued Bani Israel from their enemy. So, Moses fasted this day.” The Prophet said, “We have more claim over Moses than you.” So, the Prophet fasted on that day and ordered (the Muslims) to fast (on that day).” (Sahih Bukhari, Book #31, Hadith #222)