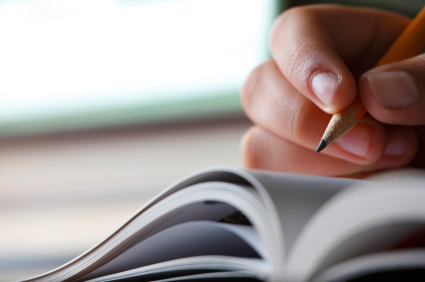 A nation that destroys its systems of education, degrades its public information, guts its public libraries and turns its airwaves into vehicles for cheap, mindless amusement becomes deaf, dumb and blind. It prizes test scores above critical thinking and literacy. It celebrates rote vocational training and the singular, amoral skill of making money. It churns out stunted human products, lacking the capacity and vocabulary to challenge the assumptions and structures of the corporate state. It funnels them into a caste system of drones and systems managers. It transforms a democratic state into a feudal system of corporate masters and serfs.

Teachers, their unions under attack, are becoming as replaceable as minimum-wage employees at Burger King. We spurn real teachers—those with the capacity to inspire children to think, those who help the young discover their gifts and potential—and replace them with instructors who teach to narrow, standardized tests. These instructors obey. They teach children to obey. And that is the point. The No Child Left Behind program, modeled on the “Texas Miracle,” is a fraud. It worked no better than our deregulated financial system. But when you shut out debate these dead ideas are self-perpetuating.

Passing bubble tests celebrates and rewards a peculiar form of analytical intelligence. This kind of intelligence is prized by money managers and corporations. They don’t want employees to ask uncomfortable questions or examine existing structures and assumptions. They want them to serve the system. These tests produce men and women who are just literate and numerate enough to perform basic functions and service jobs. The tests elevate those with the financial means to prepare for them. They reward those who obey the rules, memorize the formulas and pay deference to authority. Rebels, artists, independent thinkers, eccentrics and iconoclasts—those who march to the beat of their own drum—are weeded out.

“Imagine,” said a public school teacher in New York City, who asked that I not use his name, “going to work each day knowing a great deal of what you are doing is fraudulent, knowing in no way are you preparing your students for life in an ever more brutal world, knowing that if you don’t continue along your scripted test prep course and indeed get better at it you will be out of a job. Up until very recently, the principal of a school was something like the conductor of an orchestra: a person who had deep experience and knowledge of the part and place of every member and every instrument. In the past 10 years we’ve had the emergence of both [Mayor] Mike Bloomberg’s Leadership Academy and Eli Broad’s Superintendents Academy, both created exclusively to produce instant principals and superintendents who model themselves after CEO’s. How is this kind of thing even legal? How are such ‘academies’ accredited? What quality of leader needs a ‘leadership academy’? What kind of society would allow such people to run their children’s schools? The high-stakes tests may be worthless as pedagogy but they are a brilliant mechanism for undermining the school systems, instilling fear and creating a rationale for corporate takeover. There is something grotesque about the fact the education reform is being led not by educators but by financers and speculators and billionaires.”

Teachers, under assault from every direction, are fleeing the profession. Even before the “reform” blitzkrieg we were losing half of all teachers within five years after they started work—and these were people who spent years in school and many thousands of dollars to become teachers. How does the country expect to retain dignified, trained professionals under the hostility of current conditions? I suspect that the hedge fund managers behind our charter schools system—whose primary concern is certainly not with education—are delighted to replace real teachers with nonunionized, poorly trained instructors. To truly teach is to instil the values and knowledge which promote the common good and protect a society from the folly of historical amnesia. The utilitarian, corporate ideology embraced by the system of standardized tests and leadership academies has no time for the nuances and moral ambiguities inherent in a liberal arts education. Corporatism is about the cult of the self. It is about personal enrichment and profit as the sole aim of human existence. And those who do not conform are pushed aside.

“It is extremely dispiriting to realize that you are in effect lying to these kids by insinuating that this diet of corporate reading programs and standardized tests are preparing them for anything,” said this teacher, who feared he would suffer reprisals from school administrators if they knew he was speaking out. “It is even more dispiriting to know that your livelihood depends increasingly on maintaining this lie. You have to ask yourself why are hedge fund managers suddenly so interested in the education of the urban poor? The main purpose of the testing craze is not to grade the students but to grade the teacher.”

“I cannot say for certain—not with the certainty of a Bill Gates or a Mike Bloomberg who pontificate with utter certainty over a field in which they know absolutely nothing—but more and more I suspect that a major goal of the reform campaign is to make the work of a teacher so degrading and insulting that the dignified and the truly educated teachers will simply leave while they still retain a modicum of self-respect,” he added. “In less than a decade we been stripped of autonomy and are increasingly micromanaged. Students have been given the power to fire us by failing their tests. Teachers have been likened to pigs at a trough and blamed for the economic collapse of the United States. In New York, principals have been given every incentive, both financial and in terms of control, to replace experienced teachers with 22-year-old untenured rookies. They cost less. They know nothing. They are malleable and they are vulnerable to termination.”

The demonizing of teachers is another public relations feint, a way for corporations to deflect attention from the theft of some $17 billion in wages, savings and earnings among American workers and a landscape where one in six workers is without employment. The speculators on Wall Street looted the U.S. Treasury. They stymied any kind of regulation. They have avoided criminal charges. They are stripping basic social services. And now they are demanding to run our schools and universities.

“Not only have the reformers removed poverty as a factor, they’ve removed students’ aptitude and motivation as factors,” said this teacher, who is in a teachers union. “They seem to believe that students are something like plants where you just add water and place them in the sun of your teaching and everything blooms. This is a fantasy that insults both student and teacher. The reformers have come up with a variety of insidious schemes pushed as steps to professionalize the profession of teaching. As they are all businessmen who know nothing of the field, it goes without saying that you do not do this by giving teachers autonomy and respect. They use merit pay in which teachers whose students do well on bubble tests will receive more money and teachers whose students do not do so well on bubble tests will receive less money. Of course, the only way this could conceivably be fair is to have an identical group of students in each class—an impossibility. The real purposes of merit pay are to divide teachers against themselves as they scramble for the brighter and more motivated students and to further institutionalize the idiot notion of standardized tests. There is a certain diabolical intelligence at work in both of these.”

“If the Bloomberg administration can be said to have succeeded in anything,” he said, “they have succeeded in turning schools into stress factories where teachers are running around wondering if it’s possible to please their principals and if their school will be open a year from now, if their union will still be there to offer some kind of protection, if they will still have jobs next year. This is not how you run a school system. It’s how you destroy one. The reformers and their friends in the media have created a Manichean world of bad teachers and effective teachers. In this alternative universe there are no other factors. Or, all other factors—poverty, depraved parents, mental illness and malnutrition—are all excuses of the Bad Teacher that can be overcome by hard work and the Effective Teacher.”

The truly educated become conscious. They become self-aware. They do not lie to themselves. They do not pretend that fraud is moral or that corporate greed is good. They do not claim that the demands of the marketplace can morally justify the hunger of children or denial of medical care to the sick. They do not throw 6 million families from their homes as the cost of doing business. Thought is a dialogue with one’s inner self. Those who think ask questions, questions those in authority do not want asked. They remember who we are, where we come from and where we should go. They remain eternally sceptical and distrustful of power. And they know that this moral independence is the only protection from the radical evil that results from collective unconsciousness. The capacity to think is the only bulwark against any centralized authority that seeks to impose mindless obedience. There is a huge difference, as Socrates understood, between teaching people what to think and teaching them how to think. Those who are endowed with a moral conscience refuse to commit crimes, even those sanctioned by the corporate state, because they do not in the end want to live with criminals—themselves.

Those who can ask the right questions are armed with the capacity to make a moral choice, to defend the good in the face of outside pressure. And this is why the philosopher Immanuel Kant puts the duties we have to ourselves before the duties we have to others. The standard for Kant is not the biblical idea of self-love—love thy neighbour as thyself, do unto others as you would have them do unto you—but self-respect. What brings us meaning and worth as human beings is our ability to stand up and pit ourselves against injustice and the vast, moral indifference of the universe. Once justice perishes, as Kant knew, life loses all meaning. Those who meekly obey laws and rules imposed from the outside—including religious laws—are not moral human beings. The fulfilment of an imposed law is morally neutral. The truly educated make their own wills serve the higher call of justice, empathy and reason. Socrates made the same argument when he said it is better to suffer wrong than to do wrong.

“The greatest evil perpetrated,” Hannah Arendt wrote, “is the evil committed by nobodies, that is, by human beings who refuse to be persons.”

As Arendt pointed out, we must trust only those who have this self-awareness. This self-awareness comes only through consciousness. It comes with the ability to look at a crime being committed and say “I can’t.” We must fear, Arendt warned, those whose moral system is built around the flimsy structure of blind obedience. We must fear those who cannot think. Unconscious civilizations become totalitarian wastelands.

“The greatest evildoers are those who don’t remember because they have never given thought to the matter, and, without remembrance, nothing can hold them back,” Arendt writes. “For human beings, thinking of past matters means moving in the dimension of depth, striking roots and thus stabilizing themselves, so as not to be swept away by whatever may occur—the Zeitgeist or History or simple temptation. The greatest evil is not radical, it has no roots, and because it has no roots it has no limitations, it can go to unthinkable extremes and sweep over the whole world.”