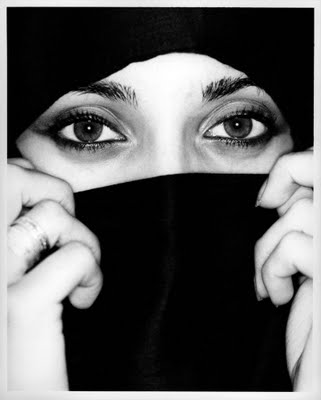 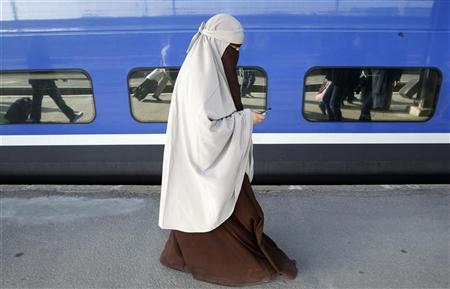 Muslim women defied France’s new ban on full-face veils today and two protesters were arrested outside Notre Dame cathedral for wearing the traditional masks, which the French president has called “a sign of enslavement.”

Three women wearing niqabs – a veil that leaves just a slit for the eyes – joined a protest of about a dozen people outside the famous Paris cathedral, saying the ban violates their freedom of religion. Two of the women were arrested and charged with staging an unauthorised protest.

It was unclear whether the women would be fined the $215 penalty the law imposes for wearing a veil.

There are some 5 million Muslims living in France, but only about 2,000 women are estimated to wear the now outlawed veils. Many of those women have vowed to defy the ban.

“On Monday morning, I will go shopping, to the post office and city hall if necessary,” said Kenza Drider, a mother of four who has become the veiled face of women opposing the new law. “I will under no circumstances stop wearing my veil.”

“It’s a sign of enslavement,” Sarkozy said last year. “It will not be welcome in the French Republic.”

Many opponents of the ban say it violates the country’s religious freedom statutes.

“I think we need to respect the opinions of the people who want to cover their faces because of religious beliefs,” an unidentified Muslim woman who does not wear a full veil told ABC News. “That is part of being a secular society.”

Head scarves are still legal, but the niqab and burqa, from which women peer out through a screen, are banned.

France is the first country to implement such a ban. Italy is mulling a similar law.