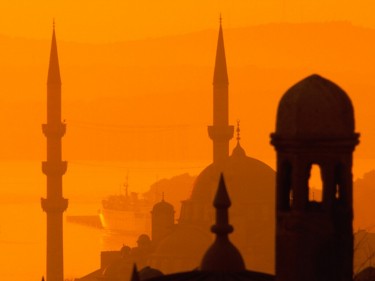 Whether religion is rising or falling, a study set to be published in the Journal of Christianity and Psychology concludes that affect the way individuals consume news about religion. I found this to be especially true when it comes to consuming news stories about Islam. No matter how much I write to the contrary, showing fact after fact about Islam and Muslims, it does not matter.

Michael Kitchens, assistant professor of psychology at Lebanon Valley College, hypothesized that participants who had self-described “high comfort with their religion and low reported strain” are more likely to subconsciously gravitate toward positive news about Christianity. Those with “low comfort and high strain” were more likely to read stories biased against Christianity.

“Those that favor negative news about Christianity report high strain and low comfort with their religion. This is not surprising, except that this group is overwhelmingly biased toward this kind of news,” said Kitchens. “The general consensus is that we look at information that confirms our own belief. We want to consume news stories that affirm our beliefs and we’ll ignore the ones that don’t.”

Those who are convinced Islam is “violent” and “evil” are not moved. They will either dismiss the piece as “political correctness,” or worse, accuse me and my fellow Muslim writers of “lying” under the guise of “taqiyya,” or “dissimulation,” a wholly misunderstood concept in Islamic jurisprudence.

At times, it gets a bit exhausting having to write the same things over and over, defending Islam and Muslims from the same, centuries-old accusations and claims.

This is also in the Prophetic tradition: they were steadfast in the face of relentless abuse and accusations of lying. According to the Quran, Noah preached to his people for 950 years, and he did not waver. Thus, who am I to give up because of a few commentators who accuse me of “lying”?

Moreover, writing to explain, teach, and share the Muslim experience is, in and of itself, a positive exercise. It is part of my duty to reach out to my fellow Americans (and fellow citizens of the world) and show them the truth about my faith. It is part of the way I try to be a good neighbour, a good citizen, and a good Muslim.

And if I can only reach one person – even after decades of writing – I am satisfied. As God said to Abraham (in Islamic tradition): “Your job is to call out, and My job is to disseminate it.”