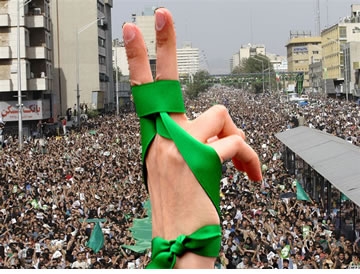 Exhaustive media coverage of the wave of popular revolts sweeping the Middle East and North Africa has helped to dispel myths and stereotypes of Arabs and Muslims, and foster better cultural understanding, media experts said during a conference in Cairo on Wednesday.

“In covering the events that unfolded in Egypt and Tunisia, and are happening now in many other Arab countries… the media was able to build bridges that politicians were unable to achieve over many years,” said Amr Moussa, secretary-general of the Arab League. “Their imagery has helped create rapprochement between Arabs and the West.”

The conference, a forum on ‘A New Era for Arab-West Relations’, explored the implications of social transformation in the Arab region and the potential for enhancing intercultural dialogue. Participating journalists and members of civil society highlighted the role of media in bridging the gaps in mutual perceptions between the Arab world and the West.

Panelists described how Western media historically failed to convey the diversity of the Arab world, its varied geography, and its full spectrum of religious, ethnic and cultural identities. As a result, many Westerners perceive the Middle East as an exotic and often threatening milieu of deserts and camels, religious fervour and arbitrary cruelty.

Roland Schatz, CEO of content analysis firm Media Tenor, said international news coverage has for decades reinforced stale stereotypes of Arabs and Muslims, focusing on acts of violence and repression, while glossing over positive and “ordinary” aspects of their lives.

“Violent upheavals drive news, which is mostly negative when Western journalists cover this region,” he said.

While the past few months have seen plenty of upheaval in the Arab world, the images filtering into Western homes also carry many positive, inspirational messages. Iconic photographs and video footage of protesters challenging brutal and autocratic regimes to demand democracy and transparency have dispelled the myth that Arab societies are politically apathetic and easily manipulated by dictators and Islamists.

Abdallah Schleifer, a professor emeritus of journalism at the American University in Cairo, told IPS there has been an encouraging change in the world’s perception of Arab societies.

“The images of the past decade were of Islamists, Osama and beheadings — and in the decade before that, of burning American flags and plane hijackings,” he said. “Suddenly we’re getting an image projected in the West that is not intrinsically anti-Western, and that raises themes which are very acceptable to the West, such as democracy and freedom.”

The “Arab Spring” has reversed the usual flow of ideas, which are now emanating from the crowded squares of Tunis and Cairo to take root in the streets of Europe and North America. Schleifer points to recent demonstrations in the U.S. state of Wisconsin, where tens of thousands of protesters denounced the governor’s attempt to introduce anti-union legislation.

“One of the protesters’ slogans was “Walk like an Egyptian,” a phrase intended to imply with dignity and pride,” he said. “It shows that (Egypt’s revolution) has become iconic for similar protests within the democratic formula.”

“The media had a role in showing the humanity of the people in Tahrir Square,” she said. “Research showed that the American public was paying close attention to the demonstrations in Egypt and 80 per cent said they were sympathetic with the protesters.”

Conference panellists identified deficiencies in Western news coverage of the region, particularly in representing the diversity and complexities of Arab society to uninformed readers and viewers.

Hisham Hellyer, a fellow at the Centre for Research in Ethnic Relations at the University of Warwick, criticised the media’s disproportionate coverage of the secular, liberal elite while interviewing anti-Mubarak protesters. He said Western journalists seeking the most accessible and articulate interviewees inadvertently created the illusion “that everyone in Tahrir Square spoke fluent English.”

He also challenged the media to go beyond “the usual suspects” so as to present the views of wider Arab society, not just a few individuals.

“There is a tendency among journalists to select people known for their inflammatory comments,” he said. “These people have no representative value; they only provide good sound bites.”

One negative image that will prove difficult to efface: when thugs riding camels and horses charged anti-Mubarak protesters in Cairo’s Tahrir Square on Feb. 2. The incident — captured on film — reinforced many negative stereotypes about Arab backwardness and barbarism, remarked Gilles Kepel, head of Middle East and Mediterranean Studies at the Institut d’Etudes Politiques de Paris.

“It looked like a clash between the medieval and the modern,” he said. “On one side were guys on camels and horses and on the other were young protesters with iPhones and iPods.”

Importantly, however, intensive media coverage had already acquainted Western audiences with the goals and composition of the protesters in Tahrir Square. When the mounted attack came, it drew world sympathy to their cause.