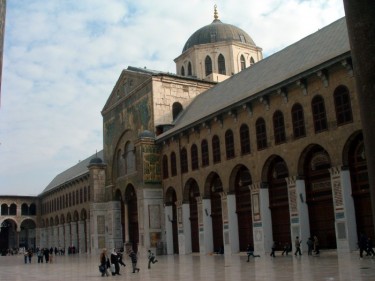 Syria closed the country’s only casino Wednesday and reversed a decision that bans teachers from wearing the Islamic veil — moves seen as an attempt to reach out to conservative Muslims ahead of calls for pro-democracy demonstrations.

Syrian activists called for fresh demonstrations on Wednesday, Thursday and Friday to honour more than 80 people killed in a crackdown on protests that erupted nearly three weeks ago.

President Bashar Assad’s decisions were unusual concessions to the religiously observant in Syria, which promotes a strictly secular identity.

The protests brought sectarian tensions into the open as thousands of people took to the streets calling for democracy in a country where Alawites — a branch of Shiite Islam that represents just 11 per cent of the population — have been in power for nearly 40 years. The country is overwhelmingly Sunni Muslim.

“All these moves will not stop the protests at all,” said Radwan Ziadeh, a visiting scholar at the Institute for Middle East Studies at George Washington University in Washington, D.C. and the founder of the Damascus Centre for Human Rights Policy.

He said Syria’s government does not understand that citizens “should be free to demonstrate peacefully.” Instead, the government “wants to solve the problems through killing and oppression.”

Assad banned the niqab, the full Islamic face veil that reveals only a woman’s eyes, in July as part of his campaign to mute sectarian differences. Hundreds of primary school teachers who were wearing the niqab at government-run schools were transferred in June to administrative jobs, angering conservative Muslims.

The recent unrest in Syria, which exploded nationwide three weeks ago, could have implications well beyond Syria’s borders, given the country’s role as Iran’s top Arab ally and as a front line state against Israel.

On Wednesday Assad said his country could benefit from other countries’ experiences, especially Turkey, in drawing up reforms. Assad spoke during a meeting with visiting Turkish Foreign Minister Ahmet Davutoglu.

A government statement afterward said the Turkish minister offered to “render every possible help” from Turkey to accelerate reforms in Syria. Turkey is an Islamic state with a long tradition of secularism.

Also Wednesday, Ali Saad, the education minister in the Syria’s caretaker government, said the transferred teachers were now allowed to return to their jobs, according to the state-run news agency, SANA.

The billowing black robe known as a niqab is not widespread in Syria, although it has become more common recently — something that has not gone unnoticed in a country governed by a secular regime.

The Syrian state-run newspaper Tishrin reported Wednesday that Casino Damascus has been closed because the practices of the club’s owners that “violate laws and regulations.” It did not elaborate.

Six Syrian rights groups said Wednesday that judicial authorities have ordered the release of 48 people who were detained last year in the northern city of Raqqah after they threw stones at Syrian police who ordered Kurds celebrating their new year to replace their ethnic flags with Syrian ones.

The move appears to be another step by Assad’s government to pacify the country’s Kurdish minority of 1.5 million that has long complained of discrimination. Syrian Kurds say many are denied citizenship, making it difficult to find work or enrol in the state-run education system.