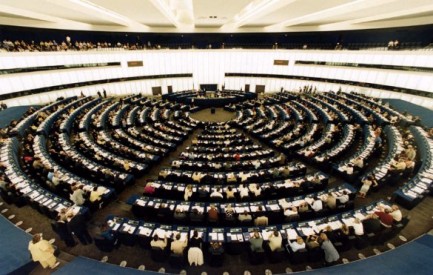 The question before the European Parliament is a delicate and, once you delve into it, rather a technical one. Do Jewish and Islamic slaughter methods cause unnecessary suffering? They seem to have been designed with precisely the opposite intent: for the greater part of human history, the most painless way to kill an animal was to sever its carotid artery, jugular vein and trachea with a single sweep of an exceptionally sharp blade. But tastes and standards change. Now we want our animals stunned first: an innovation which some Muslims believe to be halal, but which almost no Jews believe to be kosher.

The issue is highly sensitive; but it’s not being debated sensitively. Animal welfare issues rarely are in my experience – perhaps because, almost by definition, they speak to our emotion rather than our intellect. Why, for example, do we care more about baby seals than about baby scorpions? Not for any logical reason.

When it comes to kosher and halal slaughter (respectively “shechita” and “dhabihah”) the debate becomes especially irrational. After all, we’re talking mainly about industrially-reared chickens. The lives of these fowl have been unimaginably wretched from the moment they were hatched. Does the manner in which they spend their final few seconds add or detract much from the sum of their misery? I doubt it. If you were motivated by a kind of avian utilitarianism – the greatest happiness for the greatest number of birds – you would surely begin by campaigning against the intensive farming of poultry. Even if your narrow concern were to spare birds from unpleasant deaths, it would be bizarre to become more exercised about Jewish and Muslim butchery techniques than, say, the peppering of pheasants with shot – a process which often leaves them flapping about pathetically on the ground.

Some Jewish and Muslim organisations, aware of these inconsistencies, suspect the motives of their critics. Is this really about animal welfare, they ask, or is it about religious intolerance? For what it’s worth, I think it genuinely is about animal welfare. But then, as I say, animal welfare is almost never debated logically.

Of course, demanding that meat be labelled is not the same as demanding that shechita and halal slaughter be outlawed. There is a compelling argument to the effect that consumers should be in a position to make an informed choice.

I’ve spent a couple of days mulling over how to vote, consulting animal welfare campaigners as well as Jewish and Muslim friends. In the end, it comes down to proportionality. To what problem would the new rules be a solution? If there is a case for labelling, does it follow that it should be impelled by force of law?

After all, if there is enough consumer demand, labelling will surely happen on its own. Just as some producers boast that their product “is GM free”, or “is made wholly from Welsh ingredients”, or “contains no artificial colours” so, if they thought it would boost sales, they would presumably say “this is a non-halal chicken, killed by gas” or “this is a non-kosher chicken, slaughtered by being lowered upside down into electrocuted water”.

I’m enough of a conservative to feel that, when traditions have grown up over centuries, with elaborate rules of self-regulation, our instinct should be to respect them – one of the chief reasons I opposed the hunting ban. I’m enough of a libertarian to think that food labelling should happen in response to consumer demand, rather than being imposed by the state. And I’m enough of a souverainiste to believe that, if we want to change the rules on food labelling, the decision should be made by our elected national representatives, not the EU.