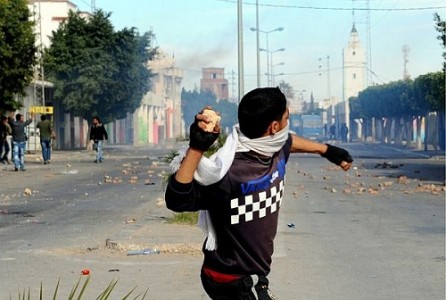 Shortly after the invasion of Iraq in 2003, I interviewed Ray McGovern, one of an elite group of CIA officers who prepared the President’s daily intelligence brief. McGovern was at the apex of the “national security” monolith that is American power and had retired with presidential plaudits. On the eve of the invasion, he and 45 other senior officers of the CIA and other intelligence agencies wrote to President George W. Bush that the “drumbeat for war” was based not on intelligence, but lies.

“It was 95 per cent charade,” McGovern told me.

“How did they get away with it?”

“The press allowed the crazies to get away with it.”

“Who are the crazies?”

“The people running the [Bush] administration have a set of beliefs a lot like those expressed in Mein Kampf … these are the same people who were referred to in the circles in which I moved, at the top, as ‘the crazies’.”

I said, “Norman Mailer has written that that he believes America has entered a pre-fascist state. What’s your view of that?”

“Well … I hope he’s right, because there are others saying we are already in a fascist mode.”

On 22 January, Ray McGovern emailed me to express his disgust at the Obama administration’s barbaric treatment of the alleged whistleblower Bradley Manning and its pursuit of WikiLeaks founder, Julian Assange. “Way back when George and Tony decided it might be fun to attack Iraq,” he wrote, “I said something to the effect that fascism had already begun here. I have to admit I did not think it would get this bad this quickly.”

On 16 February, Secretary of State Hillary Clinton gave a speech at George Washington University in which she condemned governments that arrested protestors and crushed free expression. She lauded the liberating power of the internet while failing to mention that her government was planning to close down those parts of the internet that encouraged dissent and truth-telling. It was a speech of spectacular hypocrisy, and Ray McGovern was in the audience. Outraged, he rose from his chair and silently turned his back on Clinton. He was immediately seized by police and a security goon and beaten to the floor, dragged out and thrown into jail, bleeding. He has sent me photographs of his injuries. He is 71. During the assault, which was clearly visible to Clinton, she did not pause in her remarks.

Fascism is a difficult word, because it comes with an iconography that touches the Nazi nerve and is abused as propaganda against America’s official enemies and to promote the West’s foreign adventures with a moral vocabulary written in the struggle against Hitler. And yet fascism and imperialism are twins. In the aftermath of world war two, those in the imperial states who had made respectable the racial and cultural superiority of “western civilisation”, found that Hitler and fascism had claimed the same, employing strikingly similar methods. Thereafter, the very notion of American imperialism was swept from the textbooks and popular culture of an imperial nation forged on the genocidal conquest of its native people. And a war on social justice and democracy became “US foreign policy”.

As the Washington historian William Blum has documented, since 1945, the US has destroyed or subverted more than 50 governments, many of them democracies, and used mass murderers like Suharto, Mobutu and Pinochet to dominate by proxy. In the Middle East, every dictatorship and pseudo-monarchy has been sustained by America. In “Operation Cyclone”, the CIA and MI6 secretly fostered and bank-rolled Islamic extremism. The object was to smash or deter nationalism and democracy. The victims of this western state terrorism have been mostly Muslims. The courageous people gunned down last week in Bahrain and Libya, the latter a “priority UK market”, according to Britain’s official arms “procurers”, join those children blown to bits in Gaza by the latest American F-16 aircraft.

The revolt in the Arab world is not merely against a resident dictator but a worldwide economic tyranny designed by the US Treasury and imposed by the US Agency for International Development, the IMF and World Bank, which have ensured that rich countries like Egypt are reduced to vast sweatshops, with half the population earning less than $2 a day. The people’s triumph in Cairo was the first blow against what Benito Mussolini called corporatism, a word that appears in his definition of fascism.

How did such extremism take hold in the liberal West? “It is necessary to destroy hope, idealism, solidarity, and concern for the poor and oppressed,” observed Noam Chomsky a generation ago, “[and] to replace these dangerous feelings with self-centred egoism, a pervasive cynicism that holds that [an order of] inequities and oppression is the best that can be achieved. In fact, a great international propaganda campaign is under way to convince people – particularly young people – that this not only is what they should feel but that it’s what they do feel.”

Like the European revolutions of 1848 and the uprising against Stalinism in 1989, the Arab revolt has rejected fear. An insurrection of suppressed ideas, hope and solidarity has begun. In the United States, where 45 per cent of young African-Americans have no jobs and the top hedge fund managers are paid, on average, a billion dollars a year, mass protests against cuts in services and jobs have spread to heartland states like Wisconsin. In Britain, the fastest-growing modern protest movement, UK Uncut, is about to take direct action against tax avoiders and rapacious banks. Something has changed that cannot be unchanged. The enemy has a name now.