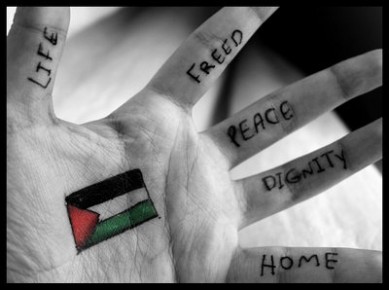 The Palestinian authority has been pushing over the past few months to gain support for the official recognition of an independent Palestinian state.

Amid growing pessimism over a peaceful resolution for the Middle East impasse, Israel is falling under pressures of an approaching United Nations vote next September which will decide on the future of an official recognition of the Palestinian state.

“We want to generate pressure on Israel to make it feel isolated and help it understand that there can be no talks without a stop to settlements,” Nabil Shaath, who leads the foreign affairs department of Fatah, the main party of the Palestinian Authority, told the New York Times on Sunday, April 3.

“Without that, our goal is membership in the United Nations General Assembly in September.”

The Palestinian authority has been pushing over the past few months to gain support for the official recognition of an independent Palestinian state on the lands occupied by Israel in the 1967 Middle East war.

A similar move was delayed by the European Union, while rejected by the United States, the closest Israel ally.

An expected recognition next September by the UN General Assembly is expected to put pressures on Israel, under which Israel would be occupying lands belonging to a fellow UN member.

“We are facing a diplomatic-political tsunami that the majority of the public is unaware of and that will peak in September,” Barak said at a conference in Tel Aviv.

“It is a very dangerous situation, one that requires action.” He added, “Paralysis, rhetoric, inaction will deepen the isolation of Israel.”

Israel occupied Al-Quds in the 1967 war and later annexed it in a move not recognized by the international community or UN resolutions.

Since then, Israel has adopted a series of oppressive measures to force the Palestinians out of the city, including systematic demolition of their homes and building settlements.

There are more than 164 Jewish settlements in the West Bank, eating up more than 40 percent of the occupied territory.

The international community considers all settlements on the occupied land illegal.

Defying international efforts to restore peace process, Israeli officials were not ready to give up occupied Palestinian lands in West Bank and East Jerusalem.

“Does the world think it is going to force Israel to declare the 1967 lines and giving up Jerusalem as a basis for negotiation?” asked a top Israeli official who spoke on condition of anonymity, the New York Times reported.

“That will never happen.”

The Middle East “Peace process” has been factually killed by Israeli settlement expansion and Judaization scheme.

Though widely condemned by world powers, the Israeli settlement activities have been in full swing since the government of hawkish premier Benjamin Netanyahu ended a partial freeze in September.

Moreover, it worked on settling hundreds of thousands of Israeli settlers on these settlements built on occupied Palestinian lands in a trial to force new facts on the ground.

Yet, the Palestinians insist that Israel ceases all settlement activities in their occupied territories in order to resume peace negotiations.

“All these years, the main obstacle to peace has been the settlements,” Nimer Hammad, a political adviser to President Abbas, said.

“They always say, ‘but you never made it a condition of negotiations before.’ And we say, ‘that was a mistake.’ ”

Israeli officials also raised regular fears about security, especially after the spring of revolution that hit the Arab world and toppled its closest allies in the Middle East; former President Hosni Mubarak of Egypt.

A looming reconciliation between Fatah and Hamas, expected to end division between the West Bank and Gaza, also rang bells for Israel.

“Whatever we put forward has to be grounded in security arrangements because of what is going on regionally,” said Zalman Shoval, one of a handful of Netanyahu aides drawing up the Israeli proposal that may be delivered as a speech to the United States Congress in May.

“We are facing the rebirth of the eastern front as Iran grows strong. We have to secure the Jordan Valley. And no Israeli government is going to move tens of thousands of Israelis from their homes quickly.”

Under the new circumstances, Palestinian officials say relations with Israel would change.

“We will re-examine our commitments toward Israel, especially our security commitments,” suggested Hanna Amireh, who is on the 18-member ruling board of the Palestine Liberation Organization, referring to cooperation between Palestinian and Israeli troops.

“The main sense about Israel is that we are fed up.”