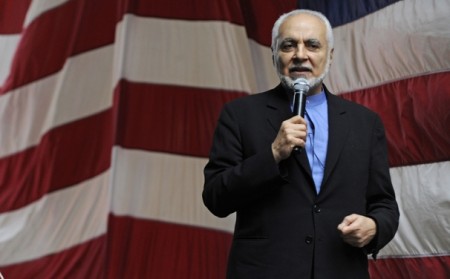 I founded the multi-faith Cordoba Initiative to fight the misunderstandings that broaden the divide between Islam and the West — each perceived as harmful by the other. Millions of American Muslims, who see no contradiction between being American and being Muslim, are working hard to bridge this gap. It is therefore not surprising that they have become the target of attacks by those who would rather burn bridges than build them, and the subject of recent congressional hearings exploring their “radicalization.” What myths are behind the entrenched beliefs that Muslims simply do not belong in the United States and that they threaten its security?

Islam was in America even before there was a United States. But Muslims didn’t peaceably emigrate — slave-traders brought them here.

Historians estimate that up to 30 per cent of enslaved blacks were Muslims. West African prince Abdul Rahman, freed by President John Quincy Adams in 1828 after 40 years in captivity, was only one of many African Muslims kidnapped and sold into servitude in the New World. In early America, Muslim names could be found in reports of runaway slaves as well as among rosters of soldiers in the Revolutionary War. Muslims fought to preserve American independence in the War of 1812 and for the Union in the Civil War. And more than a century later, thousands of African Americans, including Cassius Clay and Malcolm Little, converted to Islam.

Currently, there are two Muslim members of Congress and thousands of Muslims on active duty in the armed forces. Sure, some Muslim soldiers may have been born elsewhere, but if you wear the uniform of the United States and are willing to die for this country, can you be really be considered a foreigner?

U.S. Muslims believe different things and honour their faith in different ways. When it comes to politics, a 2007 Pew study found that 63 per cent of Muslim Americans “lean Democratic,” 11 per cent “lean Republican” and 26 per cent “lean independent.” Ethnically, despite the popular misperception, the majority of Muslims in the United States (and in the world, for that matter) are not Arabs — about 88 per cent check a different box on their U.S. census form. At least one-quarter, for example, are African American. Anyone who thinks otherwise need look no further than the July 30, 2007, cover of Newsweek magazine, which featured a multicultural portrait of Islam in America.

Muslim Americans are also diverse in their sectarian affiliation. And whether they are Sunni or Shiite, their attendance at religious services varies. According to the State Department publication “Muslims in America — A Statistical Portrait,” Muslim Americans range from highly conservative to moderate to secular in their religious devotion, just like members of other faith communities.

With above-average median household incomes, they are also an indispensable part of the U.S. economy. Sixty-six per cent of American Muslim households earn more than $50,000 per year — more than the average U.S. household.

According to a 2009 study by Gallup, Muslim American women are not only more educated than Muslim women in Western Europe, but are also more educated than the average American. U.S. Muslim women report incomes closer to their male counterparts than American women of any other religion. They are at the helm of many key religious and civic organizations, such as the Arab-American Family Support Center, Azizah magazine, Karamah, Turning Point, the Islamic Networks Group and the American Society for Muslim Advancement.

Of course, challenges to gender justice remain worldwide. In the World Economic Forum’s 2009 Gender Gap Index, which ranks women’s participation in society, 18 of the 25 lowest-ranking countries have Muslim majorities. However, as documented by the Women’s Islamic Initiative in Spirituality and Equality , Muslim women are leading the struggle for change through their scholarship, civic engagement, education, advocacy and activism in the United States and across the world.

According to the Triangle Centre on Terrorism and Homeland Security, more non-Muslims than Muslims were involved in terrorist plots on U.S. soil in 2010. In a country in the grip of Islamophobia — where Rep. Peter King (R-N.Y.) can convene hearings on the radicalization of American Muslims — this has been overlooked. In 2010, the Triangle Centre also found, the largest single source of initial information on planned terrorist attacks by Muslims in the United States was the Muslim American community.

As an American Muslim leader who worked with FBI agents on countering extremism right after Sept. 11, 2001, I fear that identifying Islam with terrorism threatens to erode American Muslims’ civil liberties and fuels the dangerous perception that the United States is at war with Islam. Policymakers must recognize that, more often than not, the terrorists the world should fear are motived by political and socioeconomic — not religious — concerns.

In Islam, sharia is the divine ideal of justice and compassion, similar to the concept of natural law in the Western tradition. Though radicals exist on the fringes of Islam, as in every religion, most Muslim jurists agree on the principal objectives of sharia: the protection and promotion of life, religion, intellect, property, family and dignity. None of this includes turning the United States into a caliphate.

For centuries, most Islamic scholars around the world have agreed that Muslims must follow the laws of the land in which they live. This principle was established by the prophet Muhammad in A.D. 614-615, when he sent some of his followers to be protected by the Christian king of Abyssinia, where they co-existed peacefully. Not only do American Muslims have no scriptural, historical or political grounds to oppose the U.S. Constitution, but the U.S. Constitution is in line with the objectives and ideals of sharia. Muslims already practice sharia in the United States when they worship freely and follow U.S. laws.

In his 1776 publication “Thoughts on Government,” John Adams praised Muhammad as a “sober inquirer after truth.” And the Supreme Court building contains a likeness of the prophet, whose vision of justice is cited as an important precedent to the U.S. Constitution.