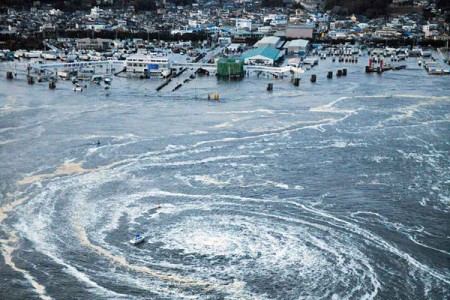 Survivors of the catastrophic earthquake that hit Japan on March 11, 2011 are still coping with the devastation and heartache caused by the natural disaster, declared as the most powerful in Japan’s history.  According to the Japanese National Police Agency, nearly 9,200 are confirmed dead while over 13,000 are reported to be missing.

Japanese officials assume that these numbers will continue to rise. Japan’s Prime Minister Naoto Kan stated, “In the 65 years after the end of World War II, this is the toughest and the most difficult crisis for Japan.” Over 600,000 people have been displaced by the ravaging quake; 100,000 of these persons are believed by Japanese officials to be children. Around 4.4 million households in northeastern Japan are left without electricity and 1.5 million without water. Muslim relief organizations, such as Islamic Relief, Zakat Foundation, and Helping Hand responded immediately to the humanitarian crisis in Japan with aid, including: food, clothing and fuel for electricity and heat.

The Muslim community is greatly urged to generously donate and ease the suffering of those impacted by the quake and tsunami in Japan. “Natural disasters and other catastrophes, however horrible their impact, serve as a test not just to those impacted directly, but to all the rest of us who are not.  It is a test of how we will respond when our neighbors are in need.  The only way to show true thanks to God for our own blessings from Him is to respond to those in need, such as in Japan, with compassion and mercy,” said ISNA Secretary General Safaa Zarzour. “Righteousness is not turning your faces towards the east or the west. Righteous are those who believe in God, the Last Day, the angels, the scripture, and the prophets; and they give their money, cheerfully, to the relatives, the orphans, the needy, the traveling alien, the beggars, and to free the slaves…” (Q,2:177)