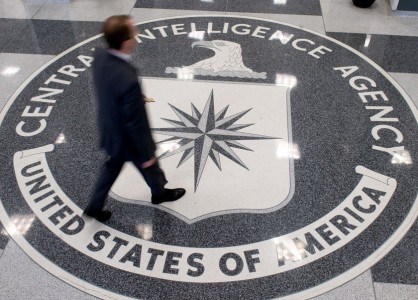 After a prolonged lull, the United States Central Intelligence Agency (CIA) has launched a series of covert operations in the rugged Hindu Kush mountains of Pakistan and Afghanistan following strong tip-offs that al-Qaeda leader Osama bin Laden has been criss-crossing the area in the past few weeks for high-profile meetings in militant redoubts.

The US has been on Bin Laden’s trail ever since he fled Afghanistan when the US invaded the country in 2001 to oust the Taliban, but the 54-year-old with a US$50 million reward on his head has always remained several steps in front.

Online news agencies have learned that decision-makers have put a lot of weight on the information on Bin Laden’s movements as it has come from multiple intelligence agencies, in Pakistan, Afghanistan and Saudi Arabia. For at least two years, little credible news has emerged of Bin Laden’s movements and motives. Now, intelligence officials believe they have top-grade accounts as they come from the inner circles of militant camps.

Officials are said to be “stunned” by the visibility of Bin Laden’s movements, and their frequency, in a matter of a few weeks in the outlawed terrain of Pakistan and Afghanistan, the most unprecedented reports about him since he evaded the US in the Tora Bora mountains in Afghanistan in 2001.

The development has fueled speculation in intelligence circles that al-Qaeda could be planning another major attack along the lines of the September 11, 2001, assault on New York and Washington, and the July 2007 foiled bomb attack in London.

However, extensive investigations by Asia Times Online, including exchanges within al-Qaeda’s camps, point in another direction: given the nature of Bin Laden’s meetings, this appears to be the beginning of a new era for a broader struggle in which al-Qaeda, through its Laskhar al-Zil (Shadow Army), will try to capitalize on the Arab revolts and the Palestinian struggle and also revitalize and redefine its role in Afghanistan.

A meeting in Bajaur

Several weeks ago, Bin Laden is reported to have met with Gulbuddin Hekmatyar, the legendary Afghan mujahid and founder and leader of the Hezb-e-Islami Afghanistan (HIA) political party and paramilitary group, in a militant camp in thick jungle on the fringes of Kunar and Bajaur provinces in Afghanistan. The encounter was publicized by leaks from the HIA’s inner circle and the news was circulated within militant camps in Pakistan’s North Waziristan tribal area via top-level Pakistani militant commanders in Bajaur.

Despite him being an ally in the war in Afghanistan, the Taliban led by Mullah Omar have always been skeptical about Hekmatyar’s intentions, while Bin Laden and some other al-Qaeda leaders view him differently. Hekmatyar’s representatives of the HIA have been in direct active negotiations with the Americans and have also brokered limited ceasefire agreements with North Atlantic Treaty Organization (NATO) forces in Afghanistan.

Bin Laden fought alongside Hekmatyar in the jihad against the Soviets in Afghanistan in the 1980s and they remained in contact during Bin Laden’s days in Sudan, where he had settled in 1992. When Bin Laden returned to Afghanistan in the mid-1990s, he stayed in regions that were controlled by warlords loyal to Hekmatyar.

Intelligence sources privy to the meeting in Bajaur said Bin Laden could not afford to meet Hekmatyar simply for a dinner party, which was hosted by a Pakistani militant commander of Salafi tendencies and who was a member of the HIA during the Soviet jihad.

“The talks appeared to discuss some grand strategy and Osama bin Laden aims to take Gulbuddin Hekmatyar on board, especially as Hekmatyar’s commanders have brokered ceasefire agreements with NATO forces in Afghanistan and Hekmatyar’s representatives have been negotiating a truce with the Americans,” an intelligence source told Asia Times Online.

Adding to the view of the importance of Bin Laden’s meeting with Hekmatyar is that it took place when the interest of the CIA and its special forces had already been piqued by reports of the al-Qaeda leader’s movements in Kunar and Nuristan for meetings with various militant commanders and al-Qaeda bigwigs. Bin Laden would have been aware of the dangers and was obviously prepared to take the risk.

While intelligence agencies might be involved in a guessing game about Bin Laden’s plans and a possible grand al-Qaeda operation, his movements can be read in the perspective of recent discourse in al-Qaeda circles and a major shift in its policies.

International Islamic militancy that had its roots in the decade-long war against the Soviets in the 1980s was broadly divided into two main schools of thought; both considered themselves righteous despite embodying contradictory themes. These were doctrines of armed struggle espoused by Palestinian Sunni Islamic scholar and theologian Dr Abdullah Azzam, and Egyptian ideologue and Bin Laden’s deputy, Dr Ayman al-Zawahiri.

Azzam preached in favor of defensive jihad by Muslims to help the Afghan mujahideen against the Soviets. He firmly believed in a broader Muslim bloc including Muslim ruling establishments and never supported revolt against Muslim regimes. Despite being Palestinian with Jordanian nationality and a background in the Muslim Brotherhood, Azzam kept himself aloof from the Palestinian revolt against the Jordanian monarchy in September 1970 (called Black September).

Azzam was very close to the Saudi Arabian royal family and considered it essential to lobby it for support of Islamic armed movements like the Afghan resistance against the Soviets and the Palestinian resistance against Israel. He struggled to achieve unity among Muslim rulers and Islamists to resist Western hegemony. He was less dogmatic than others in his strategic purview.

After Azzam’s assassination in Pakistan in 1989, Zawahiri emerged as the main ideologue of Islamic armed opposition. Coming from the same ideological background of the Muslim Brotherhood as Azzam, Zawahiri faced an entirely different world after the end of the Cold War in the early 1990s when, under American instructions, Muslim regimes were intolerant of Islamic militancy.

Zawahiri therefore promoted the idea of ideological divides within the Muslim world, and encouraged revolts and terrorism to polarize societies to such a point of chaos that they would be unmanageable and amenable to Western intervention. It was believed that such intervention would open the gates for a battle between the West and the Muslim world.

Like Azzam, Zawahiri is not too dogmatic, but he encouraged narrow ideological views in resistance movements as a strategy to boost revolts against Muslim-majority states.

Of the two schools of thought, Azzam’s has never been criticized and is respected by all while Zawahiri’s has come under heavy fire from mainstream Muslim scholars and intelligentsia. Zawahiri’s adherents had no argument in his defense other than him operating under the law of necessity.

After this, al-Qaeda began a new phase with the Muslim Brotherhood and Palestinian groups to revive its old contacts and establish a new nexus for a joint struggle against Western interests in the Muslim world.

Bin Laden’s meeting with Hekmatyar and other militant commanders in the Hindu Kush can be seen as a part of this new war in which al-Qaeda aims to involve the whole Muslim nation.

Hekmatyar’s HIA has been a part of al-Qaeda’s Laskhar al-Zil, which comprises elite guerrillas. Possibly, al-Qaeda aims to revitalize its operations in Afghanistan, and throughout the world, along with mainstream resistance groups (sons of the soil or Ibnul Balad) and in addition to Islamic political parties.

While fears attached to Bin Laden’s unprecedented visibility and movement for a grand al-Qaeda operation cannot completely be dismissed, it is more possible that al-Qaeda will undertake both worldwide terror operations and join forces with mainstream Muslim groups.