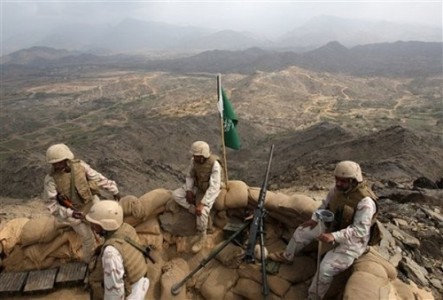 However, the Saudi Army is made of far better stuff. How they adapted to changing circumstances is clearly evident by their recent activities.

About a year ago, they launched an aerial attack and a land attack against a rag-tag band known as Houthi rebels in Yemen. What happened? In spite of using their billion-dollar purchases of USA fighter jets and modern armaments, the Saudi army had to beat a retreat. It is said that when they retreated, they stumbled and fell because their pants dropped and wrapped around their ankles. Personally, I do not believe that part of it – but, on the other hand, one can never say!

Qatar came to the rescue of these men well-equipped to fight but with no guts to fight. They arranged a ceasefire whose main conditions were (hold your breaths – here it comes) :

1.  The Houthi rebels should release all saudi soldiers who were taken prisoners; and

2.  The Houthi rebels should withdraw from the lands they had occupied in Saudi.

The Saudi generals who were licking their wounds in their lairs were wondering what happened – and then suddenly it dawned on them. Of course, they took a severe beating because they were shooting at those who were shooting back at them!

Considering how adaptable this army is in falling in step with changing dynamics, they decided on a very simple solution to overcome this problem. Hereafter, they will only shoot at those who cannot shoot  back at them! In the annals of modern military history, I do not think any General would have stumbled upon such a brilliant war tactic! So, with a lot of fanfare and trumpet-blowing, not to say giving the V-sign (is it a bid’a?), they marched into Bahrain, where they are putting into practice their new-found military tactic!

One may wonder why the Saudi army did not march to Tahrir square in Cairo? The Egyptians would have decimated them!

One may wonder why the Saudi army did not march into Palestine whenever the Israelis took a fancy to bombarding and slaughtering the Palestinians? The Israelis would have thrown them over their knees and given such a spanking that no saudi soldier would ever be able to have his meals seated down!

However, after the Houthi fiasco, they had a point to prove. They wanted to show the world they can also shoot. The unarmed protesters in Bahrain has given them that opportunity. Yaa Saudi army! Bravo ‘Alaik!