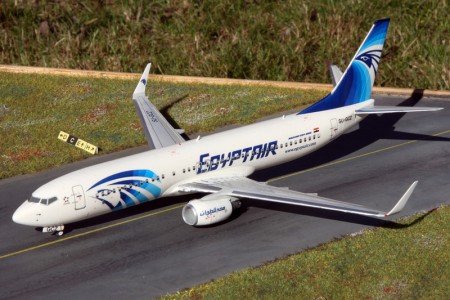 Egypt Air – the official Egyptian airline – has deleted Israel from its travel destinations. The airline’s website no longer features the Zionist state among its flight options.

According to the Israeli daily Yedioth Ahronoth, “Israeli travellers intending to fly to Ben-Gurion Airport in Lod did not find ‘Israel’ among the Egyptian airline’s destinations while the capitals Amman, Beirut and Damascus appeared on the map; this is despite Egypt’s proximity to Israel.”

The newspaper pointed out that Egypt Air was the first major airline to remove Israel from its map of travel destinations and that both Turkish Airlines and Royal Jordanian Airways continue to maintain flights to the country. Until recently, Egypt Air scheduled four flights weekly between Cairo and Lod airport.

Air travel between Egypt and Israel was suspended temporarily following the Egyptian Revolution which broke out in January. Last year, 2010, saw a 27% increase in the volume of flights between the two states over the previous year.