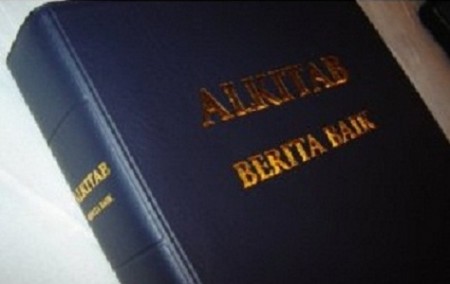 Muslim groups have protested against the Christian use of the word Allah, saying it is an attempt to make Christianity appeal to Muslims.

Malaysia’s constitution promises freedom of worship to all faiths.

Christian groups say Malay-language Bibles containing the word Allah have repeatedly been blocked at customs over the years, and they are “fed up”. The Bibles are printed in neighbouring Indonesia mainly for Christians in the Malaysian states of Sabah and Sarawak.

They insist they have been using the word for decades.

Rev Hermen Shastri, general secretary of the Council of Churches of Malaysia, welcomed the government’s decision to release the Bibles, but said more needed to be done.

“We maintain the position that it is an inalienable right for Christians to read their scriptures in any language,” he said, adding this was a “basic human right”.

The Home Ministry initially justified withholding the Bibles saying there was a legal case under appeal that needed to be resolved.

It was a reference to the ruling by Kuala Lumpur’s High Court in December 2009 that allowed the Catholic newspaper, The Herald, to use the word Allah as a translation for God.

No appeal hearings have yet been scheduled.

Dozens of churches and a few Muslim prayer halls were attacked and burned in the wake of the 2009 ruling, highlighting the intensity of feeling about issues of ethnicity and faith in Malaysia.

The Prime Minister’s office said the government chose to release the Bibles because it was “committed to resolve amicably any inter-faith issues”.

It also said this decision would not jeopardise any future resolution of the larger legal conflict.

Analysts have noted that elections are likely soon in the state of Sarawak, where many Christians live, and the governing National Front parties need to shore up electoral support there.

Christian leaders say the word Allah has been used in their Bibles since before Malaysia was formed as a federal state in 1963.

Rising Malay and Muslim consciousness, sparked by Malay nationalist groups seeking political power, has brought the issue to the fore in recent years.

Malay Muslims make up almost two-thirds of the country’s population, but there are large Hindu and Christian communities.