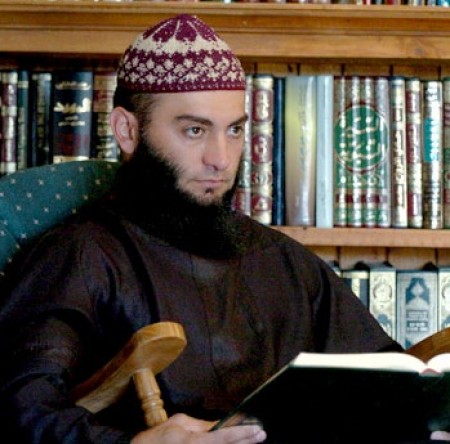 Sheikh Feiz Mohammad is no stranger to controversy. Over the years he has been embroiled in many a media storm, but has in most instances shunned speaking directly with media.

In a MuslimVillage.com exclusive, Ahmed Kilani was granted a rare private interview with Sheikh Feiz Mohammad were he asked him why he left Australia, how the organization he represents ASWJ is funded, his views on voting and why ASWJ Auburn controversially purchased Bukhari House Auburn, amongst other things.

Ahmed Kilani (AK): Assalamu Alaykum Sheikh Feiz and thanks for granting www.MuslimVillage.com this rare opportunity to interview you.

The first question I would like to ask you and is one that is on the minds of many Australians, and it is regarding why you left Australia. Many people are speculating that you were told to leave. Was it a personal decision or did you feel pressured from law enforcement agencies such as ASIO to leave Australia?

Sheikh Feiz Mohammad (SF):  Firstly I would like to greet you Ahmed and your readers by saying Assalaamu Alaikom wa Rahmat Allah wa Barakatu. I thank you for giving me the opportunity to be a part of Muslim Village and I hope I can shed some light on many of the issues discussed in the media concerning myself.

With regards to me leaving Australia, that was purely my decision. I have never been asked by any law enforcement agencies, nationally and/or internationally to leave Australia. As a matter of fact I am an Australian citizen who was born here and I call Australia my home. My relationship with all the law enforcement agencies has and will always continue to be one of understanding, trust and in accordance with Australian law.

AK: Can you tell us when you left and what were the reasons behind you personal decision to leave?

SF: In 2005 I travelled to Lebanon to spend some time with my sick father. I lived there for a while with my family. After that I then moved to Malaysia for a couple of years to further increase my Islamic studies. ASIO did not play any role in my decision making. I think certain sections of the media like to exaggerate situations, make them look and sound dramatic. But the reality is, I have travelled and lived overseas many times before. This trip in 2005 was as normal as the rest, the only difference is, it took a bit longer because I was studying abroad.

AK: While you were away where did you go and what did you spend your time doing?

SF: Whilst overseas I spent most of my time with my family in Lebanon looking after my sick father. I also helped out in the local mosques with their dawah programs. As I mentioned I also studied in Malaysia, a country I found to be very friendly and hospitable.

AK: During this time away, did you ever return to Australia and did you still have an involvement with the local Muslim community, specifically GIYC & ASWJ whom you are affiliated with.

SK: I have been back and forth to Australia many times. I am a Sheikh with Ahlus Sunnah wa Jamaah and GIYC is a part of Ahlus Sunnah wa Jamaah. My involvement with GIYC or any other centre which is part of ASWJ is continuous. As an organisation, ASWJ does not distinguish between its centres. We all work and help each other. This is the beauty of being united. At the same time I am always happy to assist and exchange ideas with other Muslim organisations. Dawah does not stop at one particular organisation or group. Islam is a universal religion for everybody.

AK: Why have you decided to return to Australia now?

SF:  Primarily I have decided to return to Australia because I am no longer studying in Malaysia. But let me make something clear, this doesn’t mean I have stopped travelling. Part of a Sheikh’s job is to travel abroad. I receive many invitations to visit other countries to offer lectures, courses etc. As long as I am in good health and with the will of Allah (SWT), I hope to continue travelling so I can help other Muslim communities and build strong relationships.

AK: In media reports last week, one Muslim community leader was quoted as saying that you are now a “changed  man”. How is the Sheikh Feiz of 2011 different to the past?

SF: That’s quite a funny question. You mean the ‘before and after’ Sheikh Feiz like the ones you see in the magazines. I can tell you Ahmed, I still feel the same and probably still look the same, even though I have a few more grey hairs.

To be quite frank, I understand that my style of preaching previously and now may not be every ones cup of tea, but that does not mean that the message I hope to convey to the Muslim youth and the community as a whole is in some way adverse or negative. On the contrary, my aim is to build confidence in those youth who have been disheartened and need our support to return to a path of normality, free from corruption and those influences which will ultimately harm them. I sincerely believe Islam and its divine message of purity has a lot to offer society. When the youth fall victim to drug abuse, stealing, gangster life style and other crimes, which are all too common in society, you have to be able to portray your message so the youth will understand. If I can help these youth become better Muslims and good law-abiding citizens, then insha’Allah I have achieved my goal.

AK: There is plenty of speculation and rumours in the Muslim community regarding the purchase by ASWJ of the Bukhari House bookstore and building in Auburn. Can you give us your version of events of how ASWJ came to acquire Bukhari House?

SF: ASWJ have been around in Auburn for many years offering many lectures and classes in different centres. ASWJ Auburn as a centre was previously renting a warehouse in Auburn. The rent however was very expensive, so when the opportunity came up to purchase Bukhari House and the bookstore outright, ASWJ took hold of the opportunity. The whole building was for sale so we put in an offer to buy and Alhamdulillah through the will of Allah (SWT) we were successful in purchasing it. We have put our trust in Allah (SWT) and we are currently in the process of raising money to pay it off.

Might I add, ASWJ Bukhari House Centre is a community centre with a bookstore. It is run by a dedicated shura. At the end of the day it belongs to all the Muslims, so I take this opportunity to sincerely invite you all to join us there and see what we do.

AK: ASWJ has purchased many assets worth millions of dollars over the last few years. There is a commonly held view in the community that these purchases are being funded by what some are calling “petro dollars” from Saudi Arabia. Can you tell us what is the source of ASWJ’s funds?

SF: Again that is a complete misconception within the community. There are no so called petro dollars. ASWJ Auburn has not received any foreign money whatsoever nor is ASWJ Auburn directly affiliated with any foreign organisations. As a matter of fact ASWJ relies heavily on community donations, fundraising activities and general functions to collect money and purchase whatever is necessary. At the same time ASWJ as an organisation tries hard to donate and offer financial support to other needy Muslim groups, charities and individuals. Alhamdulillah the rizk is from Allah (SWT).

AK: Do you believe that it is permissible for Australian Muslims to participate in politics and specifically to vote in elections?

SF: You can spend a whole day talking about politics and elections. It does end up getting confusing. We do live in Australia where there are elections held on all levels of government. Anybody can vote. It is however important for a Muslim to be aware what each candidate stands for and whether or not they should support that person.

AK: What is your attitude towards working with other Muslim groups who might have a different aqeedah to the one that you follow such as Sufis and Tablighis?

SF: We are a small Muslim community in Australia. It is very important that we all work together to strengthen our voice. There is a lot we can and need to achieve together. I have worked with many other Muslim organisations, regardless of their aqeedah. I would prefer to focus on the 98% common link between us, rather than avoid any form of communication between Muslim brothers and sisters as a result of the 2% difference. Alhamdulillah we are all Muslims.

AK: What do you believe are the critical problems facing Australian Muslims today, especially the youth, and what do you think is the solution to those problems?

SF: Again you can spend a whole day talking about the problems faced by Muslims in Australia including the youth. Our youth are our future. If we can instill in them the great values of Islam, which is to be confident, righteous, sincere and hardworking, then insha’Allah these Muslim youth will grow to be great contributors to society.

Too often the Muslim youth of Australia become demoralised, disorientated and to a certain extent rejected. Whether this is happening as a result of stereo- typing, social out casting or just simply being misunderstood, it is our job, the mashayakh, the parents and the community leaders through our Muslim community centres to help these youth.

Currently there is a lot of misinformation regarding Islam. Parts of the media and perhaps certain elements of society have contributed to this misinformation and negativity. We need to teach the Muslim youth to be proud of their religion and we need to set goals for them so they can strengthen their Islam. At the end of the day we want our Muslim youth to be good role models for the rest of society without the fear of being ostracised and ridiculed.

AK: What are your future plans for yourself on a personal level and your new centre in Auburn?

SF:  I personally have not set any future plans. I love what I do and I do it purely for the sake of Allah(SWT). I believe I have a very important job role as a da’ee in Australia. Today I am helping at Auburn. Tomorrow I could be in another country. Only Allah knows.

AK: Thanks for your time Sheikh Feiz Mohammad.

SF:  May Allah unite us all and keep us on the straight & true path of Islam.