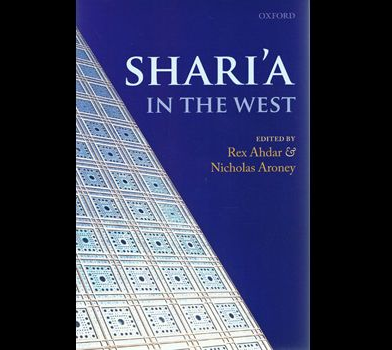 The issue of Shariah is gaining momentum as an increasing number of Muslims are living in Western societies. Despite its multicultural society, the United States is the least accommodating toward its Muslim population. England on the contrary, by accepting the presence of Muslim schools, charities, banks and Islamic arbitration tribunals, has been the least biased toward its Muslim citizens. As a result, Muslims in the UK are increasingly turning to Islamic courts mainly to resolve family disputes.

Back in 2006, a study revealed that 85 unofficial Shariah courts were already operating out of mosques all over the United Kingdom. The largest of them, the Islamic Shariah Council in Leyton, set up in 1982, has handled 7,000 divorce cases. Mufti Barkatullah, one of its founders explains:

“People who live in the United Kingdom undertake and abide by the law of the land, but they regard those laws as administrative laws, not a divine law. The matters of marriage and divorce don’t fall into the state domain. It is a religious matter.”

The first Muslim Arbitration Tribunal, the first official Shariah law court in the UK was set up in December 2007 by scholars and lawyers at Hijaz College Islamic University in Nuneaton, Warwickshire. The Muslim Arbitration Tribunal has binding legal status because it operates in tandem with the British legal system and decisions challenged by the losing party will be upheld by a county court bailiff or high court sheriff.

The advances made by Islamic law into Britain hit the headlines when in February 2008, the Archbishop of Canterbury, Dr Rowan Williams, said in a public lecture, at the Royal Courts of Justice: “my aim is only… to tease out some of the broader issues around the rights of religious groups within a secular state, with a few thoughts about what might be entailed in crafting a just and constructive relationship between Islamic law and the statutory law of the United Kingdom.”

These comments caused a firestorm and more than 250 articles appeared in the world press within a month. The polarized debate that followed triggered the idea for this book which explores the conflict between Western secularism and the demands of Islam as well as the issues of equality before the law and parallel jurisdictions in a multicultural society. “Shari’a in the West” is a collection of essays by leading scholars representing different political viewpoints and faith traditions.

In their introduction, the editors, Rex Ahdar and Nicholas Aroney, admit that the question whether Shariah should be recognized and incorporated into the legal systems of the liberal democracies of the West is an imposing one: “The issue has become a proverbial ‘hot potato’ in the corridors of power, as well as the more commonplace cafes, cyberspace chat rooms, bars, and living rooms of society. Hardly a week goes by in the West without a controversy erupting over some aspects of Muslim ritual, symbolism, belief, or practice.”

On the one hand, critics fear that secularism, liberalism and individualism in Western democracies are under threat because the Shariah involves all the aspects of our life from the intimately personal, spiritual and familial, through to the management of interpersonal relations at a communal level. Shariah is also feared in the West where it conjures images of harsh physical punishments. On the other hand members of non-Christian faiths invoke the principles of Western liberalism supposed to grant the right to practice freely different religions.

Wael Hallaq (quoted by Rex Ahdar and Nicholas Aroney) makes an interesting point when he says that the Western colonization of the Islamic world during the 19th and early 20th century’s led to the creation of ‘sovereign’ nation-states and the enactment of positive legal codes embodying secular legal values. This resulted in the severing of the institutional and social roots of the old Shariah based rule of law which in time resulted in a fundamentalist resurgence with an emphasis on the reinstitution of Islamic law.

The Future of Muslim Family Law in Western Democracies, one of the best essays in the book is written by John Witte, a leading specialist in legal history, marriage law and religious liberty. Director of Emory University’s outstanding Centre for the Study of Law and Religion, Professor John Witte warns Shariah advocates that it takes time and patience for a secular legal system to adjust to the realities and needs of new religious groups and to make the necessary legal accommodations. It also takes flexibility and innovation for a religious community to win accommodation from secular laws.

“Over time, and only grudgingly, Western democracies learned to accommodate the core religious beliefs and practices of Jewish communities. Diaspora Muslim communities in the West need to do the same,” writes John Witte who also invites Muslims to tolerate the core values of their secular host nations, if they are hoping to get concessions for their religious courts and other religious practices. And finally, he believes that Muslim tribunals must be more legally sophisticated and procedurally equitable to attract voluntary Muslim disputants and to be acceptable to secular state courts.

“Like the Jewish ‘beth din’ that sits in New York or London, the Muslim law court needs to be staffed by jurists who are well trained both in Muslim law and in secular law.. It is much harder for a court to have such suspicions when educated Muslim parties, eyes wide open, choose a legally sophisticated Muslim arbitration tribunal over a secular court that does not share their core values but still offers a serious jurisprudential option for them to state marriage law.”

Despite its complexity, the issue of the relationship between Shariah and Western legal systems is of prime interest to policymakers, jurists and Muslims living in the West. To what extent, a liberal state will accommodate the Islamic faith depends very much on the existing legal framework of that country. However, any accommodation is seen as a concession granted by the provisions of a law for all citizens and not as an acknowledgment of a legal system set up for citizens of minority faiths.

Shariah in the West opens the path for lively discussions on the place of Islam in the Western, multicultural democracies. It also raises the point made by Tariq Ramadan that Shariah is often interpreted in ways, inconsistent with its core principles and it needs serious scholarly reform and consensual modernization.