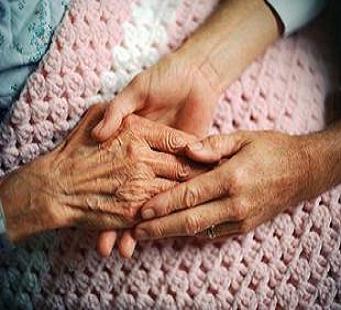 Nazli Currim lived for 14 years at the intersection of tradition and frustration. After her father died, her mother moved into Ms. Currim’s home. She cared for her mother full time, even after a stroke six years before she died.

Ms. Currim, 69, founder of the American Muslim Women’s Association, never considered finding a nursing home for her mother. Her attitude is common among Muslims in the United States, many of whom are reluctant even to consider placing an aging family member in a facility.

Part of that decision was a personal one, but part of it was practical: It is difficult for Muslims to find nursing homes and assisted living facilities that reflect their way of life.

Cultural competence has become a buzzword as adult children seek elder care solutions that acknowledge an older person’s cultural and religious identity. But the Muslim community faces a particular challenge. The elderly segment of that population is quite small, representing “only 0.5 percent of our American Muslim population,” according to Aneesah Nadir, president of the Islamic Social Services Association U.S.A., based in Phoenix. “Most of the elders of those who have immigrated here are still overseas. We’re a youthful population.”

Older parents who do come to the United States often live an insulated existence. “They don’t speak the language, so people can’t communicate with them,” said Ms. Nadir. For them, life in a majority of residential facilities would be an alien experience.

“Many of the facilities are not equipped to provide the kind of care a Muslim elder needs — requirements for diet, for prayers, for things that would make a comfortable setting,” she said. “We can’t count on those things in most elder care facilities. They’re not used to us.”

Demand for these facilities may not yet be enormous, but that seems likely to change. The Pew Research Center reports that the Muslim population in the United States will double by 2030, which means that more adult children will need a greater range of options for their aging parents. Without expanded services at existing facilities, or a combination of Muslim-run residences and an increased willingness to use them, the coming generation will face a care crisis.

The traditional model of a full-time stay-at-home caregiver will not survive as the elderly population increases and Muslim women step into the work force. Ms. Currim knows that she was able to do it only because she had both time and a network of supportive relatives to help out.

As the community enters a period of transition, the need for outside help will increase.

“I envision facilities where ethnicity and religions would be taken into consideration,” said Ms. Nadir, which for her family would mean that only women would attend to female residents; that halal foods, in which animals are slaughtered according to instructions, would be available; and that the staff would be aware of the presence of alcohol or animal gelatin in any medications or preparations.

“We need more social support groups within our own community, more things we can do together so our daughters and sons won’t worry,” said Ms. Nadir. “Take lunch. I don’t like to cook alone or eat alone — so if we could go somewhere and have lunch together, even that would be a start.” Until there are residential facilities or community centers that cater to the halal dietary restrictions that many Muslims observe, her options for meeting her friends are limited.

Ms. Currim says that her mother drew comfort and peace of mind from her religious and cultural practices. “My mom passed away as serenely as she lived,” she said, “her soul pouring out as easily as water from a glass laid on its side.”

She and Ms. Nadir anticipate that providing a peaceful end of life will not be as simple for the next generation of aging Muslims.