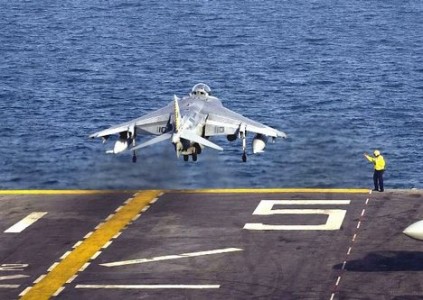 Some of my Egyptian friends, having stood in Tahrir Square during the most critical days, are now engaged in running medical supplies and occasionally doctors into Libya. And now that the International Red Cross is in place and working closely with the Libyan Red Crescent Society in Benghazi and other parts of liberated Libya, they say the critical problem is food.

Significant amounts of medical supplies can cross over haphazardly in cars and minivans, but that is not the case with food for large numbers of people. Very soon two million or more Libyans in liberated territory may be in need of supplies. If Qadhafi is so willing to shoot down his own people when they are unarmed, why not also starve them into surrender? Already there are reports that food supplies being shipped from Tripoli to the eastern cities are being stopped by pro-Qadhafi militia manning roadblocks and turned back, and that bakeries in the liberated territories are running out of wheat.

But Egypt does not have locally produced food surpluses stored away–indeed one of the scandals of modern times is that this agricultural country has to import much of its food. That is not the case for Western Europe and above all the US, where large surpluses of domestic product are kept off the market to sustain price levels and be kept available for emergency use.

But how to fly it in? Given the ease with which pro-Qadhafi forces have fired upon unarmed civilians in the earliest days of the insurrection–and to this date in Tripoli, there is no reason to assume that Qadhafi would not order his air force to intercept slow-moving transport planes flying over liberated Libyan territory to drop food supplies by parachute, or to use anti-aircraft batteries if any such transport planes stray within range.

That means a no-fly zone is needed–not for the sake of military intervention, as was the case with the Anglo-American no-fly zone operating over northern Iraq in the late 90s–but for the sake of humanitarian relief. No doubt a no-fly zone would provide a more level field for the insurgents, who are assembling a hastily trained volunteer rebel army under the loose command of regular army officers who have defected to the revolution–but that would be a by-product, albeit a very welcome by-product, of what remains a justifiable and explicit humanitarian intervention.

A few days ago the US secretary of defense quite stringently seemed to be distancing the US from undertaking such an operation. He noted quite accurately that to impose a no-fly zone means that whichever air force is tasked with the mission must first knock out Qadhafi’s anti-aircraft installations. That shouldn’t faze the US Air Force, which did precisely that in northern Iraq. But a few days ago it seemed to be a problem for Defense Secretary Robert Gates, even though Libyan anti-aircraft defenses are far less sophisticated than those maintained by Saddam Hussein.

But Egypt, if it does not have surplus food, certainly has a powerful air force and one that has the capacity to do precisely the job at hand, within range and without the need for aircraft carriers or foreign bases (although the Tunisians could reasonably be asked to provide refueling facilities). If necessary, Egypt has the capacity to act alone; it is also clear from President Obama’s remarks on Sunday that he is charting a different course than his defense secretary. At a press conference at the White House, Obama not only said that the violence must stop, that Qadhafi had lost all legitimacy and must step down, but he also noted that American forces were being positioned so that the US would have “full capacity to act rapidly if we have a humanitarian crisis on our hands.”

That is certainly more encouraging than Gates’ comments the previous day. But I would qualify my enthusiasm by recalling first how long it took for the United States to come to the rescue, with its air power, of the Bosnian people, despite the pledges then President Bill Clinton made to intervene when he was campaigning for the presidency–and the fact that he was dealing with a far more obviously genocidal enemy. Secondly, even as a humanitarian intervention rather than an explicit military intervention, it would still be American combatants engaged–however limited–in warfare in the Muslim world. Of course, given the overwhelming support for the Libyan Revolution throughout the Arab world, I strongly believe there would be a significant gain for America by identifying for a change with Arab and Sunni aspirations.

But why shouldn’t the Egyptian Armed Forces rise to this occasion on their own initiative, as they did so heroically in 1973, and again, in their own way, just a few weeks ago here in Egypt? And why not broaden the base of operations by asking the Turkish government to authorize its air force to participate in a joint operation? An Egyptian or Egyptian-Turkish imposed no-fly zone over Libya would make it immediately possible for an American and European air lift to provide food for Liberated Libya.

The idea of an Egyptian-Turkish Third Force Alliance, so-to-speak evolving from cooperation over Libya, should be quite appealing: An alliance that would transcend the present divisions within the Arab world. Whatever the Turkish response, Egypt has the capacity and moral ground to act now, and alone if necessary.

Neither would it be the first time the Egyptian Air Force engaged with Qadhafi’s anti-aircraft defenses. Back in the late seventies, fighting broke out along the frontier with Libya and the Egyptian Air Force went into action for at least a few days. At the time, I was NBC News bureau chief in Cairo and I knew that former President Sadat was preparing to deal decisively with Qadhafi–to finish off his regime by committing Egyptian ground forces, which were preparing to mass on the border. We, at the NBC bureau, were preparing ourselves on a very low public profile basis, to cover the imminent action.

But the CIA, for reasons I do not know but can only guess at, opposed the operation and, by leaking Sadat’s plans to the world–a common device if a country wants to politically preempt another country from launching what could otherwise be described as a defensive counter-attack–aborted the operation. Let us hope this time around, if the Egyptian Air Force chooses to act decisively, the CIA minds its own business.