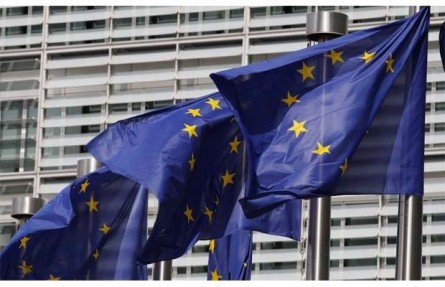 After embracing the east European remnants of the crumbling Soviet empire two decades ago, Europe faces a fresh Herculean task: how to bond with the Arab street after an era of dubious diplomacy.

Slammed for propping up despots and turning a blind eye to rights abuses, Europe’s leaders this week hold an extraordinary summit amid Libya’s turmoil to mull a “top to toe” revamp of Mediterranean policy — as Britain’s deputy premier Nick Clegg put it.

“We are witnessing potentially the biggest geopolitical events of the last decade. . . . Ordinary people taking to the streets to demand greater freedom,” Clegg said in Brussels last week.

“They are creating a new world. We need a new response. This is happening in our backyard.”

Yet events in the Arab world caught the European Union napping, despite billions of aid funnelled into North African states and a slew of trade deals struck during 15 years of a Euro-Mediterranean partnership.

As the stunned 27-nation EU watched former allies Hosni Mubarak and Zine el Abidine Ben Ali swept from office by pro-democracy protests in Egypt and Tunisia, critics poked leaders into facing up to an era of failed policy on the bloc’s southern flank.

“Europe bowed before these dictators, it paid no heed to repression,” said Alain Deletroz, an analyst at the International Crisis Group. “Europe is bidding to open a new chapter carrying a heavy burden from the past.”

Across Europe, contrite capitals are rattled by skeletons in the cupboard.

France has fired its foreign minister for fraternising with Ben Ali, and Britain, France and Italy have been chided for fawning to Moamer Gadhafi as he unleashes war against his own people — using arms sold by Belgium, Germany and others.

“First, we must show humility about the past,” said Stefan Fuele, the European Commissioner in charge of the bloc’s relations with its neighbours.

“Too many of us fell prey to the assumption that authoritarian regimes were a guarantee of stability.”

The awakening has sent the EU into a frenzied quest for a fresh Mediterranean road map. After this week’s summit, the bloc plans new guidelines for the southern Mediterranean by mid-March, with a new look at aid scheduled for April.

A key future step will be to condition aid and trade on the respect of basic democratic rights and rules.

“We will apply stricter conditionality to reward those who live up to democratic values,” Jose Manuel Barroso, the European Commission president, pledged last week.

But while the usually sluggish EU-27 seems to be moving with rare speed and cohesion to address events across the Mediterranean, there has been little of the giant enthusiasm that 20 years ago greeted Eastern Europe’s liberation.

“The initial response was to mobilize due to the fear of seeing hordes of refugees land at our borders,” Deletroz told AFP.

“It was pathetic and hasn’t gone un-noticed. There was none of the exuberance of the fall of the Berlin wall.”

In recent days, the EU’s executive arm, the European Commission, has acknowledged Europe needs to change tack, albeit slightly, on migration, which given mounting xenophobia “is not an easy issue”, Fuele said.

The EU must ask “partner countries in north Africa to prevent irregular migration” but Brussels for its part must “develop more ambitious approaches in the field of legal migration,” he said.

Barroso too last week called for “mobility partnerships” and more visas for students, researchers and entrepreneurs.

Italy, which sees itself as being in the frontline for would-be migrants from North Africa, has warned of a potential exodus of “biblical proportions” from Libya’s unrest, but at talks this month won no sympathy from northern EU nations already sheltering refugees from the east of Europe.

Migration is sure to pop up at this week’s summit as heads of state and leaders look at ways of helping the pro-democracy wave while shoring up economies with the help of Europe’s banks — the European Investment Bank and European Bank for Reconstruction and Development set up for eastern Europe.

Along with its southern partners, Spain, France, Malta, Greece, Cyprus and Slovenia, Italy hopes to revive a long-stalled Union of Mediterranean Nations.

But “first and foremost”, said Deletroz, “Europe must pronounce a mea culpa”.