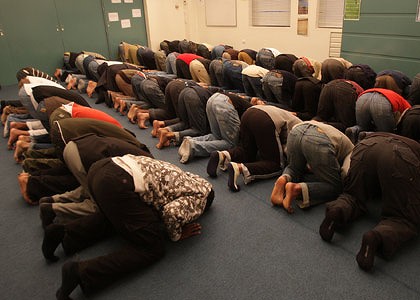 An anti-Islamic group’s opposition to a weekly Muslim prayer session being held in Melbourne’s inner suburbs has been condemned by a civil liberties organisation, Liberty Victoria.

It has started a petition against a planning amendment at Melbourne’s Port Phillip Council that would formalise an existing weekly hour-long prayer session at a St Kilda community house.

Muslims have been praying at the weekly Friday session for years.

Liberty Victoria president Spencer Zifcak said Q Society’s campaign “bears all the hallmarks of a deliberate attempt to deny to one religion the freedom of religious belief accorded to every other religion”.

With a large Jewish community living in the St Kilda area, Professor Zifcak said Jewish groups in the area had welcomed the planning application but Q Society was arguing that allowing more Muslims to pray in the community house “would be contrary to social cohesion in the area where people of the Christian and Jewish faiths are in a majority”.

Prof Zifcak said the Islamic prayer group had been meeting without incident or concern for years.

A spokesperson for the Q Society has described it as “a group of individuals from varying backgrounds, of different cultural and religious persuasions who are committed to safeguard and promote Australia’s free, open and democratic society”.