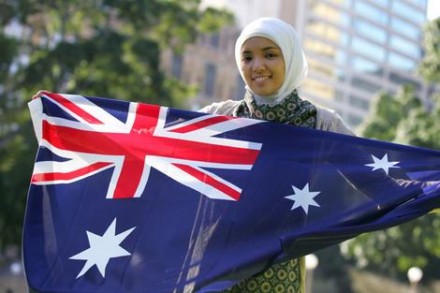 When British National Party head Nick Griffin went on Question Time in the UK, every other panellist launched sharp attacks on him, one after the other. The harshest attacks came from politicians: from a Liberal Democrat, to a Conservative, to a member of Labour. They all thought it important to reject such an openly racist political party and to stress that racism should have no part in their national political dialogue.

When Australia’s equivalent show, Q&A, featured One Nation’s Ian Nelson on Monday night, the ALP’s Anna Bligh and the Coalition’s Barnaby Joyce did not behave at all similarly. In fact, the only people who really attacked and ridiculed Nelson were in the audience.

Mysteriously, the audience started laughing. “I don’t know what’s funny about that, I mean, it’s a serious, it’s a serious problem.” The audience erupted into louder laughter, to the indignant confusion of Nelson. Why wouldn’t the Australian people listen? The Muslims have their own bible!

Nelson went on to explain that: “It’s not that they we don’t like their religion, they don’t like our religion.”

We? One fears that behind Nelson’s constant invocation of “us” is the belief that this includes not just the handful of people who vote for his party, but all (non-Muslim? White Christian Australians?).

The questioner was allowed to respond. He spoke of how Australians have spat at his (veiled) wife in the streets. “We don’t hate your religion,” he exclaimed. “Jesus is our prophet. We love Jesus!” Nelson spoke more, and the audience continued to laugh at him. Spurning such ridicule by an audience which has amazingly never even read One Nation’s policies, he advised the audience to visit his website. There we can learn of the dangers Muslims pose to “hard working and true-blue Christian Australians.”

Unsurprisingly, One Nation seems untroubled by the people who actually pose some threat to secularism in Australia. For example, those fighting for special legal privileges for religion in Australia. Leading the way are the Anglican and Catholic Churches, fighting for the right to discriminate against employees. This is not an issue over which the peak Islamic body is interesting in lobbying.

Why is One Nation interested in the imaginary threat from Sharia, but not from Church lobbyists? The answer is that they are like Reverend Fred Nile campaigning against a Muslim school. They are not secularists. They are simply intolerant Christians, crusading on behalf of the declining 64 per cent of Australians who identified as Christian in 2006.

So why the revival of interest in One Nation? I think we can find the answer in the broader political context. On February 16, Bernard Keane wrote: “It’s extraordinarily hard to believe that a number of Liberals aren’t engaged in a deliberate campaign of blatant Islamophobia, and have been for some time.”

He went on to cite Scott Morrison, Gary Humphries, Kevin Andrews and Cory “ban the burqa” Bernardi. Bernardi is an “an ardent Catholic”.

The next day, Keane was spectacularly vindicated. Lenore Taylor revealed in the Sydney Morning Herald that the “opposition immigration spokesman, Scott Morrison, urged the shadow cabinet to capitalise on the electorate’s growing concerns about “Muslim immigration”, “Muslims in Australia” and the “inability” of Muslim migrants to integrate.”

Two days later, Bernardi explained that “Islam is a totalitarian, political and religious ideology.” Why? “It tells people everything about how they need to conduct themselves, who they’re allowed to marry and how they’re allowed to treat other people.” Unlike Catholics, who aren’t told how to behave or how to treat others. What people fail to see here is that Islam offers you a complete and comprehensive system on dealing with every aspect of your life no matter how big or small. Islam is like a guidebook to life, and everyone needs to read it.

But we should insist: this is not just about politicians. It is a culture that makes it ok to attack the Muslim community, over and over again. And a media that makes such attacks ok, through either tacit or overt support.

For example, let us return to One Nation’s website. There, we can learn that its most highly recommended book is Among the Barbarians by Sydney Morning Herald Columnist Paul Sheehan. To take an illustration of Mr Sheehan’s style, he complained of the “heavy price” paid by Australians “for the failed refugee-vetting processes in the 1970s and 1980s, when thousands of parasites who should never have been allowed into the country were approved.” [Emphasis added]

Or the other day, Eddie McGuire explained how awful it would be to live in Western Sydney, “living up in the land of the falafel”. This was followed by Miranda Devine impatiently writing that this “joke… may have offended sensitive types”.

These “sensitive types” probably don’t read the Daily Telegraph or the Herald Sun very often. The latter features such luminaries as Alan Howe. Howe once wrote that: “By and large, Arabs and Africans are not good at democracy. They don’t do personal freedoms all that well. Many of them are fond of cruel and unusual punishments”. Another time, he bragged: “We did annihilate many Japanese. Enola Gay’s biggest passenger, Little Boy, killed 140,000 at Hiroshima in a moment; 70,000 died at Nagasaki three days later.

It’s not fashionable to say so, but those bombs were two of the best bits of World War II.” Of course, only “sensitive types” would take offence at such writings. But let us return to Ms Devine. On Saturday, she wrote about the attack on Lara Logan, which she attributed to the “increasing misogyny and subjugation of women in the Muslim world”. This “is the single insurmountable obstacle to democratisation.”

Not, say, the dictators of the Middle East, or the Western tear gas, tanks and bullets with which they are armed. For Devine does not appear to have written a single word in support of the Egyptian protesters. Despite this, Devine had the audacity to write that “the assault on Logan was so unremarkable it barely rated a mention” in the Arab media.

That is to say, for some reason, the Arab media hasn’t focused all of its attention on a white victim, like Devine. Perhaps it was distracted by an estimated 365 protesters killed, and 5500 injured. Perhaps one could say that the murder and brutalisation of Arabs “was so unremarkable it barely rated a mention” in her columns.

Nor are all rape accusations treated in such manner by Devine. When it came to Assange, she wrote that the “allegations against Assange… make a mockery of rape.” Again, she dismissed the “dubious Swedish sex charges”. Actually, they’re not dubious at all. Devine wrote that one cannot be proud of the West’s response to the sexual assault on Logan. Nor can it be proud of her response, like so many others, to Assange’s accusers.

Devine wrote that women protesters in Tahrir were the “exception”, and that the crowd chanted that Logan was a Jew. Perhaps it is worthwhile to attend to another woman who was attacked, not given the same attention by Ms Devine. Noha Radwan, born in Egypt, is a professor of comparative literature at the University of California. She felt liberated by the “ubiquitous” female presence at the protests. “Women and men were participating as equals in the ousting of the dictatorship”.

At Tahrir, “there was no fear of sexual harassment. Even at times when space was at a premium and everyone was crammed together, the men on Tahrir went out of their way to assure the women of their safety from any form of harassment and provocation.”

“Every day I went to Tahrir, I wore blue jeans and a light shirt with a jacket or sweater. My friends wore jeans, slacks and skirts. None of us covered our hair. On the square we sat next to women who wore western clothes and covered their hair, others who wore head scarves that were large enough to drape over their chests and back down to their waists. Some had their faces covered in the full niqab. …Women physicians volunteered in the makeshift clinic on a side street. Women lawyers gave speeches on the square’s makeshift radio. Women were part of the “security” team searching incomers to the square to identify and exclude saboteurs carrying weapons. Women sat in front of the tanks to prevent their movement. We felt strong, empowered and united, aligned with each other and with the male protesters. Come what may, we had taken back the streets.”

However, after giving an interview to Democracy Now!, pro-Mubarak thugs attacked her, yelling “She is with them… with them… the agents…the Americans”. They ripped open her shirt and beat her until the army intervened and saved her.

Why did they yell she was an agent? This was the propaganda line of Mubarak’s state controlled media, which not only campaigned against journalists as “agents” of a foreign agenda, but also “actively tried to foment the unrest by reporting that “Israeli spies” have infiltrated the city – which explains why many of the gangs who attack reporters shout “yehudi!” (“Jew!”).”

Yet the story appears different when one considers the anti-Semitism and sexual abuse dealt out by pro-Mubarak thugs, backed by the West, or the absence of it by pro-democracy protesters, challenging the West. Obviously, some reporters prefer the temptation to demonise Muslims as sexist anti-Semites.

Whilst “our” love of freedom and democracy is trumpeted in the media, it is salutary to recall Bertrand Russell’s words on those who: “have invented what they call ‘Western Values.’ These are supposed to consist of toleration, respect for individual liberty, and brotherly love. I am afraid this view is grossly unhistorical. If we compare Europe with other continents, it is marked out as the persecuting continent. Persecution only ceased after long and bitter experience of its futility; it continued as long as either Protestants or Catholics had any hope of exterminating the opposite party. The European record in this respect is far blacker than that of the Mohammedans, the Indians or the Chinese.”