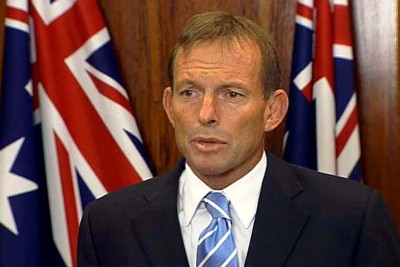 Bruce Baird did 20 years as a Liberal MP, in Macquarie Street then Canberra. In 2007 he retired as the member for the federal seat of Cook, which takes in Cronulla and much of what the locals like to call The Shire. People will remember him as the NSW minister in charge of Sydney’s 2000 Olympic bid. Baird was a voice of decency in the Liberal Party, one of the so-called gang of four (the others were Petro Georgiou, Russell Broadbent and Judy Moylan) who had the guts to take on John Howard in 2005 in the hope of moderating the cruelty of his asylum-seeker policies.

That did him no good. His successful ministerial career in Macquarie Street cut no ice with Howard, who viewed him as a trouble-making Costello supporter and kept him in the outer darkness of the backbench. Come the 2007 federal election, Baird found that Liberal Party branches in Cook had been stacked against him, with a sudden influx of 400 new members. He saw the writing on the wall and at the age of 65 finally pulled the pin.

What a shame that his successor in the seat has plunged into the sewer. Scott Morrison, Tony Abbott’s feverishly ambitious spokesman on immigration, is the man who disgraced himself and his party this week by whipping up that furore on the cost of the asylum-seeker funerals.

It was filthy politics, initially supported by his leader, of course, although public disgust eventually forced the two into a backdown for going, in Abbott’s weasel words, ” a little bit too far”.

But the stench lingers. As the Herald’s national affairs correspondent, Lenore Taylor, revealed on Thursday, Morrison was pushing the Coalition shadow cabinet to adopt an anti-Islam line as long ago as December. And he has no shortage of support. Abbott’s recent proposal to cut $448 million in funding to Islamic schools in Indonesia was another blast of racist dog-whistling.

Kevin Andrews, the dolt who brought you the Mohammed Haneef fiasco, was bleating the other day about ”ethnic enclaves” in Australia. Last week the ACT Liberal senator Gary Humphries tabled a petition in Parliament calling for a 10-year moratorium on Muslim migration to Australia.

Then there is the South Australian Liberal senator Cory Bernardi, a persistent Muslim-baiter, with his demands to ban the burqa and a recent tirade against the halal slaughter of animals. ”I, for one, don’t want to eat meat butchered in the name of an ideology that is mired in sixth century brutality and is anathema to my own values,” he said. (Bernardi will get a shock if he is ever invited to a bar mitzvah, where the kosher meats will have been prepared in exactly the same way.)

This is One Nation stuff with a Liberal Party blue ribbon wrapped around it. As Bruce Baird said when I called him on Thursday: ”There’s no doubt the party has shifted to the right. It seems like One Nation is calling the tune. They are going for the blue-collar, right-wing vote. Moderate views in the federal party have largely disappeared.”

Not quite. Joe Hockey spoke up for decency on the asylum-seeker funerals but then, for his pains, found himself under savage attack from a blog run by a Bernardi staffer. Baird rang me back to assure me that Julie Bishop, too, is on the side of the angels. But that’s about it. We now have a federal opposition so shamelessly unprincipled that it will play the card of racist fear and hatred to claw its way back to power.