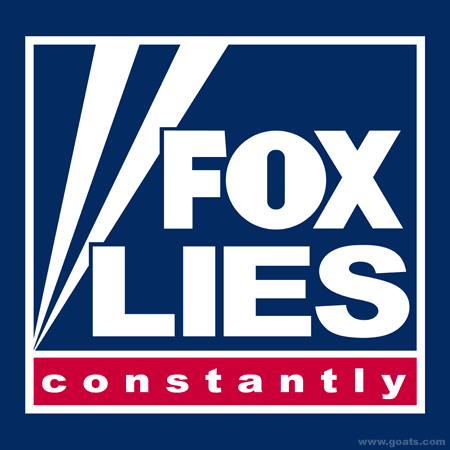 Following up on  the poll from the Public Religion Research Institute showing “a significant correlation between trust in Fox News and negative attitudes about Muslims,” Alex Seitz-Wald posts a chart that helps illustrate just how much more focused Fox News is on negative portrayals of Islam.

A conservative might argue that this just shows how complacent other networks are in the face of the “Islamofascist” threat. The problem is that much of Fox News’s coverage of Islam over the last year has been focused not on actual facts, but on the sort of fringe ideas about Islam in the United States that are rapidly becoming a permanent feature of the right wing culture war. Fox News spend a significant amount of time in the past year furthering the baseless conspiracy that most American mosques are radicalized, that the Obama administration has been infiltrated by the Muslim Brotherhood, and that Muslims in the U.S. are trying to impose Sharia law.

Last year’s debate over the proposed Islamic community centre blocks away from the ruins of the World Trade Centre provided another opportunity for Fox News to peddle this stuff ad nauseum, with on-air personalities accusing the Imam of trying to impose Sharia, of having “ties to the Muslim Brotherhood” (at this point, who doesn’t?) and that the project would be funded by terrorists.

The events in Egypt have produced some similar results — but because conservatives have been less unified on the matter, there’s been more balance than usual in their coverage of the protests. Nevertheless, if you want to hear about the coming European caliphate Fox News is still the channel to watch.

The problem isn’t that Fox News viewers hear a lot of negative things about Islam, it’s they hear a lot of false things about Islam. Then, as the poll suggests, Republican viewers of Fox News come away thinking they’re genuinely informed about Islam, when the opposite is the case. That’s the worst part, because those views, once entrenched, are hard to dislodge. Conservatives frustrated with the right’s support for deposed Egyptian dictator Hosni Mubarak might want to consider the monster they’ve helped create. 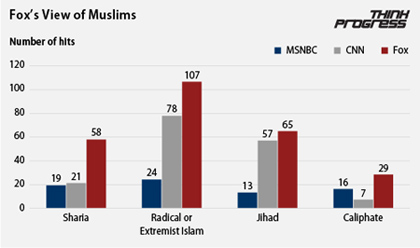