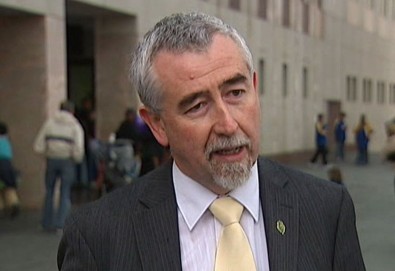 A new petition in the Australian Federal Parliament for a ten-year moratorium on Muslim immigrants is drawing the fury of the Muslim community in the country.

“That’s hardly a loving Christian to be very selective in whom you want to enter in your home,” Ikebal Patel, president of the Australian Federation of Islamic Councils, told the Herald Sun on Tuesday, February 15.

ACT Liberal Senator Gary Humphries presented a petition calling for a 10-year suspension of Muslim immigration into Australia and for a review of the country’s immigration policy to ensure priority is given to Christians.

“For God’s sake we’ve gone beyond the white Australia policy and now we are talking about … a policy that only allows Christians,” said Patel.

The petition cites the constitution, the founding fathers and the currently parliament prayer to insist that Australia is a Christian commonwealth.

It also insists on rejecting what it describes as ‘attempts to establish a Muslim nation in Australia’.

“A number of senators had refused to do so and having read the content I can understand why,” he told the Canberra Times.

“But my long-standing position on petitions is that it is the right of every Australian to put their point of view to the Australian Parliament.”

Muslim immigration and multiculturalism have become a heated debate in Australia, a country where one quarter of the population is immigrants and one that was long celebrated as a melting pot for immigrants.

Australia Muslims have been haunted with suspicion and have had their patriotism questioned in post 9/11.

A 2007 poll taken by the Issues Deliberation Australia (IDA) think-tank found that Australians basically see Islam as a threat to the Australian way of life.

A recent governmental report revealed that Muslims are facing deep-seated Islamophobia and race-based treatment like never before.

Senator Humphries insisted that his petition was not against Muslims, but should be accepted in the frame of free speech.

“I certainly don’t agree with what’s in the document,” he told ABC Radio on Tuesday, February 15.

“I don’t agree with the sentiments expressed by the petitioners.”

He, however, insisted that he was a friend of Canberra’s Islamic community.

“Many Muslims are my friends and I hope they’ll remain my friends,” he said.

“But I believe that they have the right to put that point of view in front of the members of the Federal Parliament.”

But ACT Labor senator Kate Lundy, who is also parliamentary secretary for immigration and citizenship, criticized the anti-Muslim petition.

“I would not have tabled this petition,” she said.

“All citizens are entitled to request that their petitions are tabled in the Parliament and all senators exercise their own judgment.

“The Government is committed to Australia’s brand of multiculturalism which has seen the integration and the peaceful settlement of 7 million migrants since the Second World War.”

Disappointed by the position, Patel, the Muslim leader, said he would write to the senator for explanation.

“The least we would have expected from him is to let us know what he was going to do,” Patel said.

“It is just quite disappointing to have something as despicable as this and for him to put it in [the Senate]. And then it makes the world stage by being discussed in the Senate.

“You either put it in and back it or you take Senator Kate Lundy’s view that…she chose not to put it forward because it was an abhorrent position.”