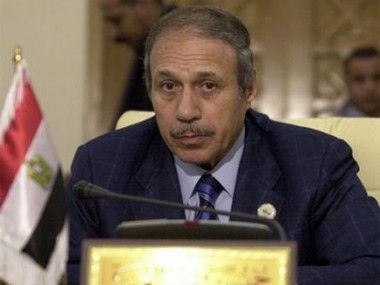 Laywer Ramzi Mamdouh said he had presented a proclamation to Egyptian prosecutor Abd al-Majid Mahmud to investigate news media reports suggesting that the former interior ministry had masterminded the deadly church attack with the intent to blame it on Islamists, escalate government crackdown on them, and gain increased western support for the regime.

Mahmud said the information contained in some reports were “serious.”

The proclamation, numbered 1450, pointed to the news reports sourcing a UK diplomat who explained the reasons why Britain has insisted on the immediate departure of Egyptian President Hosni Mubarak and his regime, especially his interior ministry’s security apparatus previously directed by el-Adly.

According the UK diplomatic sources quoted in the reports, the former interior minister had built up in over six years a special security system that was managed by 22 officers and that employed a number of former radical Islamists, drug dealers and some security firms to carry out acts of sabotage around the country in case the regime was under threat to collapse.

The proclamation also pointed, sourcing reports on UK intelligence services, that interior ministry officer Maj. Fathi Abdelwahid began in Dec. 11, 2011 preparing Ahmed Mohamed Khaled, who had spent 11 years in Egyptian prisons, to contact an extremist group named Jundullah and coordinate with it the attack on the Alexandria church.

Khaled reportedly told the group he could assist with providing weapons he had allegedly obtained from Gaza and that the act was meant to “discipline the Copts.”

After contact was made, a Jundullah leader named Mohammed Abdelhadi agreed to cooperate in the plot and recruited a man named Abdelrahman Ahmed Ali to drive a car wired with explosives, park it in front of the church and then leave it to be detonated by remote control, according to the report.

But Maj. Abdelwahid, who worked for the interior ministry, reportedly detonated the car before the Jundullah recruit got out, therefore killing him and 24 worshipers in the church.

After the attack, the interior ministry officer asked Khaled to go meet the Jundullah leader in an Alexandria apartment and evaluate the success of the attack.

A few days later the two men met in an apartment in Alexandrian’s Abdel-Moneim Riad street. During their meeting Maj. Abdelwahid and his security forces raided the apartment and arrested them. They were then driven immediately on ambulance to an interior ministry building in Cairo.

They stayed in detention until Jan. 28 when the ministry of interior and its security system broke down allowing them to escape as did thousands of prisoners around the country.

When they fled, both the men went straight to the UK embassy in Cairo and told the story of how they were set up by the government to carry out terrorist attacks, according to the reports.