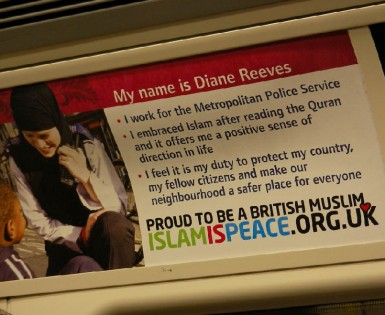 A Protestant renewal organization isn’t surprised that a recent study from Great Britain shows that thousands of native-born Brits are converting to Islam, while Anglican Church membership continues to decline.

A blog called The Last Crusade recently reported on a study from the Centre for Migration Policy Research at Swansea University that suggests that even though the media often portrays Islam in a negative light, more people decide to adopt the religion each year. In fact, the study says 56 per cent of the converts are white and 62 per cent are female.

Alan Wisdom, director of the Presbyterian Action committee and vice president for research and programs at The Institute on Religion & Democracy (IRD), is not surprised by the report.

“When you have a spiritual vacuum, something is going to fill it. And the Church of England, and Christianity in Great Britain in general, has become very weak in its proclamation of the gospel,” he explains. “On the other hand, Islam comes in through immigration originally, not afraid to call people to conversion, and the result is that numbers of Britons are converting to Islam. [So] it may be now that the numbers of Muslims who worship every week are greater than the numbers of people worshiping in the Church of England.”

So as studies show that 30 Anglican parishes close every year, Wisdom is not surprised that 70 new mosques sprout up throughout Great Britain.