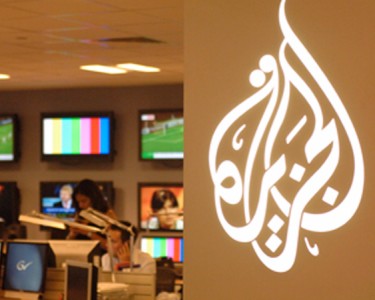 Network’s licences cancelled and accreditation of staff in Cairo withdrawn by order of information minister.

The Egyptian authorities are revoking the Al Jazeera Network’s licence to broadcast from the country, and will be shutting down its bureau office in Cairo, state television has said.

“The information minister [Anas al-Fikki] ordered … suspension of operations of Al Jazeera, cancelling of its licences and withdrawing accreditation to all its staff as of today,” a statement on the official Mena news agency said on Sunday.

In a statement, Al Jazeera said it strongly denounces and condemns the closure of its bureau in Cairo by the Egyptian government. The network received notification from the Egyptian authorities on Sunday morning.

“Al Jazeera has received widespread global acclaim for their coverage on the ground across the length and breadth of Egypt,” the statement said.

An Al Jazeera spokesman said that the company would continue its strong coverage regardless.

“Al Jazeera sees this as an act designed to stifle and repress the freedom of reporting by the network and its journalists,” the statement said.

“In this time of deep turmoil and unrest in Egyptian society it is imperative that voices from all sides be heard; the closing of our bureau by the Egyptian government is aimed at censoring and silencing the voices of the Egyptian people.

“Al Jazeera assures its audiences in Egypt and across the world that it will continue its in-depth and comprehensive reporting on the events unfolding in Egypt.

“Al Jazeera journalists have brought unparallelled reporting from the ground from across Egypt in the face of great danger and extraordinary circumstances. Al Jazeera Network is appalled at this latest attack by the Egyptian regime to strike at its freedom to report independently on the unprecedented events in Egypt.”