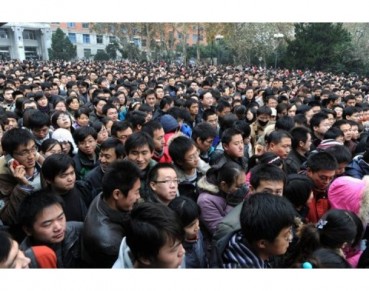 The world’s Muslim population will grow at double the rate of non-Muslims over the next 20 years, a demographic analysis likely to spark controversy in Europe and the US has shown.

If present trends continue, the study found, Muslims will make up 26 per cent of the world’s projected population of 8.3 billion in 2030.

The percentage of native-born Muslims in the US is projected to rise from 35 per cent today to 45 per cent in 2030.

The Future of the Global Muslim Population may be the first analysis to attempt to map the Muslim population of most of the world’s countries. It was conducted by two non-profit groups interested in religion: the Pew Research Centre and the John Templeton Foundation.

Among its other projections:

Muslim populations in France and Belgium will reach 10.3 per cent by 2030.

Pakistan will overtake Indonesia as the world’s most populous Muslim nation.

Muslim population growth and fertility rates will continue to decline.

The study – which uses a mix of public and private data – makes it clear that even rapid growth among Muslims will not produce dramatic demographic shifts in most parts of the world.

Eighty-two per cent of the world’s Muslims live in Asia, the Middle East and North Africa, and that is projected to be about 79 per cent in 2030.

”This will provide a garbage filter for hysterical claims people make about the size and growth of the Muslim population,” said Philip Jenkins, a religious history scholar known for his books on Christianity and Islam.

Yet the report’s authors say that compiling even basic religious data from such a mix of sources (about half the 232 countries in the report ask about religion in their census data) has its limitations.

The report states that the projections ”inevitably entail a host of uncertainties, including political ones. Changes in the political climate in the United States or European nations, for example, could dramatically affect the patterns of Muslim migration”.

Some experts noted a possible ”us v them” premise – comparing about a quarter of the world’s population with the rest.

The analysis is based on people who identified themselves as ”Muslim” and includes nothing about levels of religiosity, belief or practise.