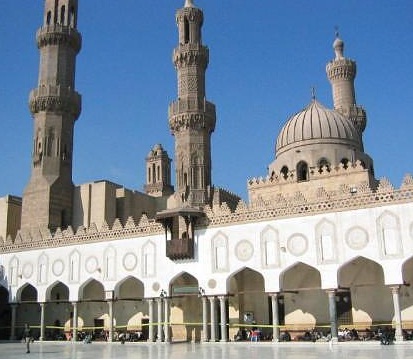 Al-Azhar, the chief centre of Sunni Muslim learning, suspended on Thursday its ties with the Vatican, accusing the pope of attacking Islam, but the Holy See says it wants to continue its bi-annual meetings with the Egypt-based institute.

“The freeze was prompted by the repeated attacks on Islam by Pope Benedict XVI of the Vatican. The Pope has reiterated that Muslims oppress non-Muslims who are living with them in the Middle East,” said an Al-Azhar statement carried by the official Mena news agency.

Representatives of Al-Azhar and the Vatican meet twice yearly to discuss mutual cooperation, and those gatherings will now be suspended indefinitely, Al-Azhar said.

In a swift response, the Vatican said it wanted the talks to continue.

“The pontifical council for inter-religious dialogue’s line of openness and desire to dialogue is unchanged,” said Vatican spokesman Federico Lombardi.

Lombardi added that the council was “in the process of gathering together the necessary information in order to understand the situation well.”

An advisor to Al-Azhar grand imam Sheikh Ahmed al-Tayyeb criticised remarks by the pontiff as interference in internal affairs.

“The pope has repeatedly alleged that non-Muslims are being persecuted in Muslim countries in the Middle East region, which is far from the truth and is an unacceptable interference in the internal affairs of Islamic countries,” Sheikh Mahmud Azab said in remarks carried by MENA.

The decision to suspend the dialogue came after an extraordinary meeting of Al-Azhar’s Islamic Research Academy, chaired by Sheikh Ahmed.

The current spat developed after a suicide bomber blew himself up outside a Coptic church in Egypt’s Mediterranean port of Alexandria, killing 21 people and wounding dozens as they came out of a New Year’s Eve mass.

Pope Benedict has repeatedly expressed his solidarity with the Copts and called on world leaders to protect them.

He said the attack was “yet another sign of the urgent need for the governments of the region to adopt … effective measures for the protection of religious minorities”.

The remarks prompted Cairo to recall its envoy to the Vatican on January 11.

“Egypt will not allow any non-Egyptian faction to interfere in its internal affairs under any pretext,” the foreign ministry said. “The Coptic question is specifically an internal Egyptian affair.”

A day after the bombing, Sheikh Ahmed himself said: “I disagree with the pope’s view, and I ask why did the pope not call for the protection of Muslims when they were subjected to killings in Iraq?”

The Vatican immediately rejected the accusation, saying the head of the Roman Catholic Church had shown solidarity with the Coptic community as well as concern for the consequences of the violence for the Christian and Muslim population.

“Therefore we cannot see how the pope’s approach to bring everybody to accept non-violence can be considered meddling,” Lombardi said.

On Wednesday, Arab leaders at a summit in Egypt voiced their “total rejection” of foreign interference in Arab affairs over Christian minorities.

Copts account for 10 percent of Egypt’s mostly Muslim population of 80 million. They are the largest Christian community in the Middle East, which the Vatican says is home to 20 million Christians out of a total population of more than 356 million.

Attacks on churches and Christians have sparked an exodus of Christians in Iraq.

In October, 46 Christians were killed after Al-Qaeda-linked gunmen took over a church in the Iraqi capital.