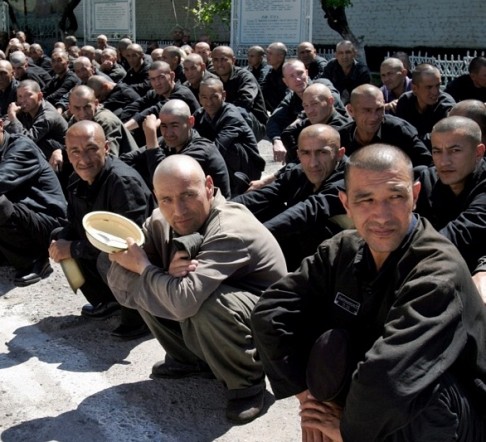 Muslims are facing a dark future of repression and torture in Uzbekistan for years to come as the government’s relentless campaign of religious suppression continues.

At least 39 people were tortured to death last year in prisons, according to the Independent Human Rights Defenders Group (IHRDG) in Uzbekistan – a rise from 20 recorded the previous year.

IHRDG says that the torture has become steadily worse in recent years, and activists warn that the real number of those tortured to death is probably much higher as authorities cover up inmates’ abuse by sending bodies back to families in sealed coffins. Relatives of the dead are wary of reporting incidents.

Religious prisoners are also now facing the prospect of being interred for life as unilateral extra-judicial orders are handed down to extend their jail terms indefinitely, rights campaigners say.

The dictatorial regime, led by President Islam Karimov who has ruled the central Asian nation since its independence from the Soviet Union, shows no signs of letting up in its persecution of any religious groups it sees as a potential threat to its power.

Alisher Ilkhamov who works on Uzbek issues for the Open Society Foundation in London told IPS: “The torture of religious prisoners is constant and I don’t see any hope for improvement in the coming years. Muslims will continue to be repressed for a long time into the future, I have no illusions over that.”

Karimov’s regime has long been held by the international community as having one of the world’s worst records on human rights.

Brutal state suppression of civil society has been well documented over the last almost two decades. The UN has described use of torture by law enforcement officials, many of whom were schooled under the KGB when the country was part of the Soviet Union, as widespread and systematic.

In at least one case it was found that a prisoner had been boiled to death, and horrific abuse of inmates at the Zhaslyk prison in the remote northwest of the country – described as a post-Soviet gulag and one of the worst jails in the world by some activists – has also been recorded.

Activists working in Uzbekistan say that people arrested or convicted on charges related to religious offences – almost always falsely – are facing the worst of the torture.

One activist working in Uzbekistan, who asked not to be named, told IPS: “I have spoken to dozens of relatives of people in prison following trumped-up charges of religious extremism who have told me, in great detail, of the torture they have suffered in prison.

“It does seem that people in prison for religious extremism charges make up a disproportionate amount of those suffering torture.”

Independent verification of many such reports is almost impossible as the state keeps severe restrictions on independent access to prisoners.

Much information on the abuses suffered by prisoners comes from their relatives speaking to rights groups. They have now revealed a new method of suppression by the state as prisoners are handed down extensions to original sentences that will see them kept in jail until the end of their lives.

One activist told IPS: “What we have heard is that the authorities are unilaterally extending the sentences of religious prisoners. Some who have been in prison for ten years or so whose terms are ending are having them extended, without trial, by authorities and their relatives are saying that the prisoners are being told‚ ‘you will die here in jail‘.”

Tashkent has justified its more than decade-long campaign of suppression of religious groups by claiming it is trying to combat the dangers of religious extremism.

More than 90 percent of the country’s 28 million population is estimated to be Muslim. The state controls practice of Islam strictly through a network of state-approved Muslim groups and places of worship. The same is true for the roughly five percent of Uzbeks who are Christian.

Many rights groups say the real reason for control is a fear of the threat a strong Muslim community could pose to the regime.

“The government sees the Muslim community as its biggest potential threat. Muslim clerics and leaders have the potential to mobilise a large number of people. In the past some have drawn crowds of thousands at talks and meetings,” said Ilkhamov.

Mass, closed trials of people arrested on religious extremism charges are not uncommon, and one such trial last month saw 19 people sentenced to jail.

Activists also say that the state’s suppression of religious groups as well as restricting other basic freedoms is merely fuelling a growth of non state- approved religious communities, and potentially pushing some to radical groups.

“The lack of any alternative space for an outlet for expression, combined with repression, provides a potentially fertile ground for extremism. People are thrown into prison and labelled as religious extremists and end up sometimes being forced to join those very extremists just for protection,” one activist said.

“And prisons are known to have become recruiting grounds for extremist groups,” he added.

International and local rights monitors have warned for years that Tashkent’s repressions could drive people into membership of some of the militant religious groups known to be operating in Uzbekistan and the rest of Central Asia.

Local Muslim scholars have warned publicly of such dangers and appealed to Karimov to hold open religious discussions rather than persecute worshippers and take a heavy-handed approach to extremist groups.

Meanwhile, rights campaigners are dismayed at the approach of western governments to the continuing torture of prisoners and rights abuses by Tashkent.

The country’s geopolitical importance has given rise to what one activist described to IPS as Karimov’s power to “bully Western governments into turning a blind eye to the bad parts of his regime.”

One senior official at a western rights organisation told IPS: “The torture situation is already atrocious and what is seriously concerning to human rights groups is that the growing close relationship between the U.S., EU and Uzbekistan, driven by its strategic position along supply lines needed for troops in Afghanistan, is overshadowing a long history of human rights abuses which could lead to a further deterioration in human rights.”