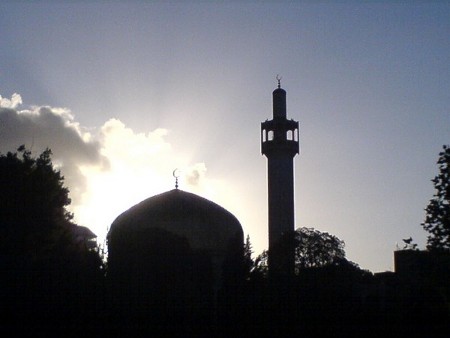 Up to 100,000 converts to Islam are living in the UK, with white women leading the growing number of people embracing the Muslim faith, according to a report published today.

A study by Kevin Brice, of Swansea University, on behalf of Faith Matters, found 5,200 people converted to Islam in the UK last year.

A survey of 122 converts last year showed 56% were white British, with women making up 62% of respondents. The average age at conversion was just over 27.

The majority reported difficulties after converting because of the negative attitude of their family, but over time this attitude became more “positive” according to the report.

The majority of the converts saw themselves as both British and Muslim and did not feel disillusioned with British society and culture.

But they also felt their own lives had been “lost” and were “lacking in purpose” before conversion, and feared that there was a “normalisation” of “immoral” behaviour amongst an increasingly less religious British public.

Only a very small minority saw celebrating birthdays, listening to music or reading fiction as prohibited by Islam, with fewer than 10% viewing attending a family Christmas dinner as forbidden.

A majority said that most or all of their close friends were Muslims but almost all felt that Muslims should not keep themselves separate from non-Muslims.

The vast majority of women had changed their appearance after conversion, with a significant majority adopting the hijab, or head scarf.

But the survey showed that the majority of converts disagreed with the niqab, or face veil, in spite of supporting the right of women to wear it.

“Converts do not represent a devious fifth column determined to undermine the Western way of life – this is a group of normal people united in their adherence to a religion which they, for the most part, see as perfectly compatible with Western life,” the report said.

“Converts are generally at ease living in the UK and do not feel that British people are essentially hostile to Islam.”

The findings have been released after Lauren Booth, sister-in-law of former Prime Minister Tony Blair, attracted widespread publicity when she announced last year that she had converted to Islam.

Faith Matters director Fiyaz Mughal said: “Conversion to Islam has been stigmatised by the media and wrongly associated with extremist ideologies and discriminatory cultural practices.

“Converts have an important role to play in supporting community cohesion, and it is vital that mosques can support them to encourage greater understanding amongst non-Muslims.”