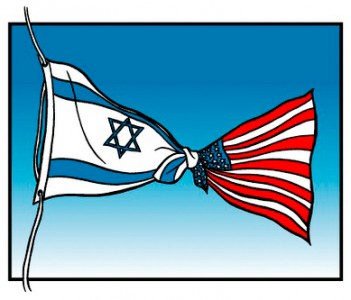 Last week, the Israeli Prime Minister Benjamin Netanyahu announced he was set to publicly appeal to President Barack Obama to release Jonathon Pollard, a former US naval intelligence analyst, who is currently serving a life sentence in a US prison for spying for Israel. That call is backed by Lawrence Korb, a former US Assistant Secretary of Defence, who says Pollard’s continued incarceration is “a miscarriage of justice.”

Korb characterizes Pollard’s wrongdoing as “minor” when, according to the US Naval Criminal Investigative Service (NCIS) Pollard not only passed classified information to Israel, but also to South Africa and possibly to Pakistan. Moreover, at the time of his arrest, classified documents related to China were found in his home that had allegedly been used by his wife Anne to further her business interests.

If Obama decides to give in to pressure from America’s ally Israel and Pollard’s American friends in high places, what does this say about his administration’s bloodlust for WikiLeaks’ founder Julian Assange, a journalist who merely disseminated stolen material?

As usual, when it comes to Israel, there are gross double standards at play. It amazes me that the American people aren’t up in arms over Israel spies when their tax dollars go to support the Jewish state in terms of aid, loan guarantees and weapons.

For instance, post-Sept. 11, 2001 Carl Cameron of Fox News revealed that a large Israeli spy ring whose members purported to be art students were tracking the movements of Al-Qaeda operatives and knew that attacks were on the cards, but failed to share this information with US authorities. The US Justice Department, the FBI and the CIA all said Cameron was mistaken, and the “art students” were allowed to return to Israel.

Similarly, the five Israeli “removal men” who were videoing, cheering and high-fiving as the first plane hit the World Trade Centre were taken into custody for a short time before being packed off back to Israel after their boss had already done a runner.

Then, in 2004, another espionage scandal broke concerning Lawrence Franklin, a mid-level Pentagon official working in the office of the US Secretary of Defence. Franklin was caught passing a presidential directive and other top secret documents on America’s Iran policy to two employees of the pro-Israel lobbying organization AIPAC. Franklin pled guilty to espionage, was sentenced to 13 years in jail, when lo and behold that sentenced was reduced to ten months house arrest, while the two AIPAC officials were allowed to walk away scot-free.

I never cease to be incredulous at the international community’s passivity vis-à-vis Israeli spies and assassins who seem to have been given carte blanche to infiltrate anywhere they like and do their worst, including murder.

Israel rarely admits wrongdoing unless its hand is caught in the cookie jar. According to a report in the Daily Telegraph, Israel’s incoming Mossad chief is set to apologize to Britain for his agency’s use of forged or cloned British passports, used by Israeli assassins to enter Dubai for the purpose of assassinating a Hamas commander Mahmoud Al-Mabhouh, and he will promise that British passports will never be compromised in this fashion again.

In the event such an apology manifests, it is tantamount to an admission that the Israeli prime minister, who must sign-off on such deadly operations, has rubber-stamped an extra-judicial killing in another country. In most civil courts of law around the world if a person in authority is charged with authorizing an underling to commit murder and found guilty, he would probably be convicted or first degree murder or conspiracy to murder.

Yet, Cameron who is the prime minister of a democratic country that purports to be a world leader in justice, the rule of law and human rights, is not only happy to fraternize with someone like Netanyahu he is trying to pass a bill into law that would allow alleged Israeli war criminals entering Britain immunity from prosecution on the grounds of “Universal Jurisdiction,” which the UK has previously championed.

If America is plagued with Israeli spy rings, just imagine how many Mossad operatives and spies are running around the Middle East. This week, AFP revealed that Tareq Abdul Razzak, a 37-year-old former Kung-Fu coach and owner of an import-export business in his homeland Egypt has been spying for Israel since 2007 when he sent e-mails seeking opportunities in China. But instead of being contacted by Chinese businessmen, Abdul Razzak was approached by Israeli agents in Thailand who recruited him and financed his import-export company as a cover.

The Egyptian has now been arrested and is accused of supplying the Mossad with names of potential recruits employed in the telecommunications sectors within Egypt, Syria and Lebanon and of setting-up a website offering jobs in telecommunications so that he could make contact with potential new recruits. Since his arrest the traitor has been singing like a bird.

He says he is responsible for recruiting hundreds of Mossad agents and claims that Israeli intelligence sabotaged Egypt’s Internet network eighteen months ago causing a lengthy and almost total disruption of service. There is also a suggestion that he and his fellow Israeli spooks collected information about Japanese and Chinese tourists visiting Red Sea resorts so that their abductions could be orchestrated by Israeli agents presumably for the purposes of destroying Egypt’s tourism industry, which certainly makes one wonder about the sudden appearance of killer sharks off the Sinai Peninsula. His confessions, while in custody, have reportedly resulted in three Israeli spy rings being dismantled in Lebanon and Syria.

It seems to me that the UN Special Tribunal for Lebanon set-up to investigate the assassination of Lebanon’s former Prime Minister Rafik Hariri should be shut down. US diplomatic cables to be released by WikiLeaks will implicate the Mossad in the killing of a Lebanese military commander in Damascus as well as the murder of Al-Mabhouh in Dubai. Yet, by all accounts the tribunal is poised to point the finger at Hezbollah for cutting short Hariri’s life, although Hezbollah leader Hassan Nasrallah has provided evidence that Israel was tracking Hariri’s every movement at the time of his death. Oh, please!

Such wilful myopia on the part of Western leaders, politicians, judges, not to mention public inertia toward their governments acting decisively against Israel’s criminal activities around the globe, is nothing short of disgusting and cowardly. When, oh when, will it end!