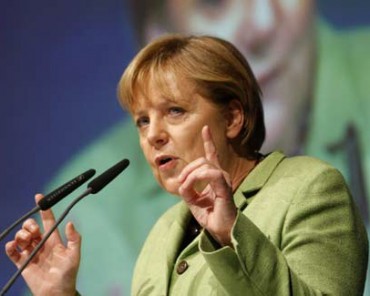 Chancellor Angela Merkel said that Germans have failed to grasp how Muslim immigration has transformed their country and will have to come to terms with more mosques than churches throughout the countryside, according to the Frankfurter Allgemeine Zeitung daily.

“Our country is going to carry on changing, and integration is also a task for the society taking up the task of dealing with immigrants,” Ms. Merkel told the daily newspaper. “For years we’ve been deceiving ourselves about this. Mosques, for example, are going to be a more prominent part of our cities than they were before.”

Germany, with a population of 4-5 million Muslims, has been divided in recent weeks by a debate over remarks by the Bundesbank’s Thilo Sarrazin, who argued Turkish and Arab immigrants were failing to integrate and were swamping Germany with a higher birth rate.

In France, 30% of children age 20 years and below are Muslims. The ratio in Paris and Marseille has soared to 45%. In southern France, there are more mosques than churches.

The situation within the United Kingdom is not much different. In the last 30 years, the Muslim population there has climbed from 82,000 to 2.5 million. Presently, there are over 1000 mosques throughout Great Britain – – many of which were converted from churches.

In Belgium, 50% of the newborns are Muslims and reportedly its Islamic population hovers around 25%. A similar statistic holds true for The Netherlands.

It’s the same story in Russia where one in five inhabitants is a Muslim.

Muammar Gaddafi recently stated that “There are signs that Allah will grant victory to Islam in Europe without sword, without gun, without conquest. We don’t need terrorists; we don’t need homicide bombers. The 50 plus million Muslims (in Europe) will turn it into the Muslim Continent within a few decades.”

The numbers support him.