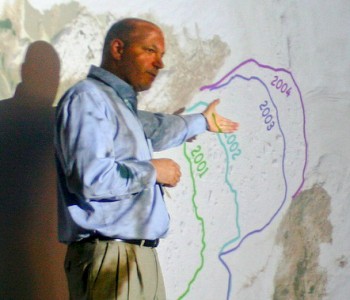 NASA Administrator Charles Bolden named Waleed Abdalati to serve as chief scientist at agency headquarters here effective Jan. 3, where he will serve as principal adviser to the administrator on agency science programs and strategic planning and investments, according to a NASA news release.

In his new post, Abdalati, who currently serves as director of the Earth Science and Observation Center at the University of Colorado at Boulder, will ensure NASA’s science programs align with White House science objectives. A polar ice researcher who served in various positions at NASA between 1998 and 2008, Abdalati was previously head of the Cryospheric Sciences Branch at the agency’s Goddard Space Flight Centre in Greenbelt, Md. In his new role, he will work closely with the White House Office of Science and Technology Policy and Office of Management and Budget, according to the release.

“We are excited to have Waleed return to the agency during such a critical transition period,” Bolden stated in the release. “His experience, wide-range of scientific knowledge and familiarity with NASA will greatly benefit the agency. He will be a true advocate for our many and diverse science and research and exploration programs.”

Abdalati will report directly to Bolden and oversee a staff of about five, NASA spokesman Michael Cabbage said.