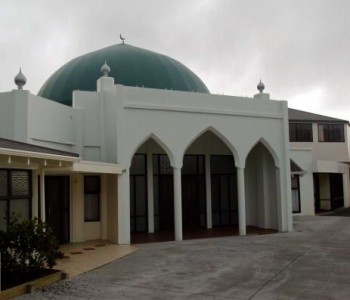 Following the suit of a highly-criticized pattern back in their country, US diplomats in New Zealand have infiltrated mosques in the Pacific island country, new US embassy cables revealed.

“He would have visited as a worshipper,” a spokesman for the Ponsonby mosque told New Zealand Sunday Herald which obtained the cables on December 26, referring to the US diplomat who infiltrated their mosque.

“Everyone is welcome,” the mosque spokesman added.

The cables, dated October 24, 2006, and sent by the US embassy’s Deputy Chief of Mission David Keegan, described how an unnamed American consular official attended the Ponsonby mosque with the aim of gathering information about its Muslim community.

The cables were sent to Washington to report quiet dinners with members of the Muslim society and meetings with Islamic scholars which were attended by the US diplomat, dubbed in the cables as “ConOff”.

Some mosque attendants, however, identified the diplomat as State Department officer Kaweem Koshaan.

One cable identified New Zealand’s Muslim TV3 reporter Ali Ikram who attended the mosque in a 2006 dinner with “active members of the Muslim community”.

“Ali Ikram said possible discrimination aside, many young and educated Muslim New Zealanders are, like their non-Muslim compatriots, leaving for Australia to find jobs,” the cable read.

Despite multiple visits by other officials, the US could not prove any signs of Al-Qaeda or extremist behaviour among moderate Muslims.

However, the cables reported US concern over the so called Wahhabi teachings.

It ended with a summary which warned Washington to beware of future extremism, saying “the ingredients are there”.

“New Zealand Muslims are getting increased attention from broader society as the community faces internal divisions, Wahhabi influence from overseas groups, and discrimination,” the cable said.

The south-pacific island country is home to 36,000 Muslims, according to the 2006 census.

In the leaks, the unnamed official described everything in the mosque, from the clothing to the posters, and from the prayers to the speech of Muslim worshippers and the imam.

“The sermon focused on a traditional theme – God’s mercy – and cited the common message of prophets from the Abrahamic faiths.”

“It does speak of the level of paranoia about the potential threat of Muslim extremism anywhere in the world,” Ikram told the Herald Sun.

Remembering the occasion reported in the cables, Ikram noted that he hadn’t expected the embassy guest to report the details back to Washington.

“They probably didn’t have a lot to do down here,” he added.

The infamous post-9/11 technique of sending spies to mosques has been stirring uproar in the United States.

The controversy escalated after media revelations that the FBI implanted a non-Muslim informant in a California mosque to seek building a terrorism case nearly two years ago.