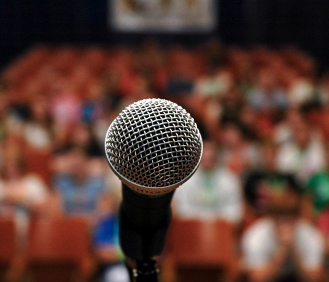 A great cry has come from the corners of the globe: the first world countries, war-torn countries as well as multinational corporations that “The era of secrets is over!”.  Such cry is uttered in the aftermath to the recent US diplomatic cables leaked by WikiLeaks.

WikiLeaks is an international non-profit news media organization (it is not associated with Wikipedia or the Wikimedia Foundation as many people thought) which publishes submissions of unavailable documents from anonymous sources and news leaks.

It announced that in its first year its database had reached more than 1.2 million documents. It has won a number of awards, like The Economist’s 2008 New Media Award, and in June 2009, both WikiLeaks and Julian Assange, the founder and the editor-in-chief, won Amnesty International’s UK Media Award. Besides, Russia suggested that WikiLeaks and Assange should be awarded the Nobel Peace Prize.

WikiLeaks has dripped a huge stash of leaked documents and exposés about police killings in Kenya, the protocol of the US Army at the Guantanamo Bay detention camp, allegations of illegal activities at the Cayman Islands branch of the Swiss Bank Julius Baer, toxic dumping incident in the Ivory Coast, 570,000 intercepts of pager messages sent on the day of the 9/11 attacks, and many others.

“Rape is being used in the Assange prosecution in the same way that ‘women’s freedom’ was used to invade Afghanistan. Wake up!”- Naomi Klein.

The US diplomatic Cables Leak and the Aftermath

On 28 November 2010 the US diplomatic cables leak began when WikiLeaks started to publish classified documents of detailed correspondence between the US State Department and its diplomatic missions around the world.

The contents of the cables describe international affairs from 300 embassies dated from 1966–2010, containing diplomatic analyses of world leaders and discussions about international and domestic issues.

Senate Minority Leader Mitch McConnell went so far as to label Assange a high-tech terrorist, “He has done enormous damage to our country and I think he needs to be prosecuted to the fullest extent of the law. And if that becomes a problem, we need to change the law”

But such efforts will face the “The First Amendment “obstacle. This amendment provides vast protection for publishers of state secrets. Those who leak the secrets in the first place are government officials who can be prosecuted.

On 30 November 2010, Interpol issued a red notice against Julian Assange on behalf of Sweden for questioning on allegations of “sex crimes”, at Sweden’s request. And on 7 December Assange was arrested in London by the Metropolitan Police Service by appointment, after a voluntary meeting with the police. Later that day, Assange was refused bail and held in custody on remand.

It’s worth mentioning that Sweden has the highest per capita number of reported rapes in Europe and these have quadrupled in the last 20 years while conviction rates have decreased.

On April 2010 Carina Hägg and Nalin Pekgul (respectively MP and chairwoman of Social Democratic Women in Sweden) wrote in the Göteborgs-Posten that “up to 90% of all reported rapes never get to court. In 2006 six people were convicted of rape though almost 4,000 people were reported”. They endorsed Amnesty International’s call for an independent inquiry to examine the rape cases that had been closed and the quality of the original investigations.

There is a long tradition of the use of rape and sexual assault for political agendas that have nothing to do with women’s safety. In the south of the US, the execution of black men was often justified on grounds that they had raped or even looked at a white woman.

Last week Naomi Klein wrote: “Rape is being used in the Assange prosecution in the same way that ‘women’s freedom’ was used to invade Afghanistan. Wake up!”

Brazilian President Lula says he is to register his protest at Assange’s arrest. The Ecuadorian government has been Wikileaks’ most vocal supporter in the region, offering Assange residency “without any conditions”. Russian Prime Minister Vladimir Putin led growing support from some world leaders for the beleaguered WikiLeaks founder, describing his detention in Britain as “undemocratic”.

After TIME magazine has chosen Mark Zucherberg to be its 2010 person of the year, TIME‘s readers chose Assange to be the person of the year instead. Moreover, many people call for boycotting the companies and banks that have recently boycott WikiLeaks. The pages of WikiLeaks and Julian Assange are the fastest growing on Facebook.

While the west treated Rushdie as clearly innocent in the name of “freedom of speech”, there are many western incitements to murder Julian Assange.

In 1989, Ayatollah Khomeini issued a fatwa inciting the faithful to murder author Salman Rushdie for blasphemy because of his novel “Satanic Verses”. The assertion made by Khomeini’s fatwa opponents largely did with the paramount importance of “freedom of speech” and the lack thereof in Muslim countries. Although in Western societies (especially in litigious USA) there is the ever lingering spectre of defamation of character lawsuits.

Protecting an individual’s reputation lies at the heart of defamation law. Any writer, blogger or even every-day social media user lives with the spectre of a lawsuit citing defamation, libel or slander. But Rushdie’s book virtually strikes at the very heart of Islam by questioning the divinity of the Qur’an and the purity of Prophet Mohammed’s intentions. His work may have damaged the reputation of Islam and may have lost it some followers. Moreover, Rushdie, of course, has no basis to prove his allegations against Islam. So, if Islam was a company and Rushdie was a journalist or a blogger or even a Twitter user, there would be a reasonable legal basis for a sizeable lawsuit. But the west treated Rushdie as clearly innocent in the name of “freedom of speech”.

And now, there are many western incitements to murder Julian Assange -even before the recent leaks- emanating from politicians, journalists, bloggers, and pundits. These incitements constitute a new “political fatwa” that threatens the freedom of speech and the freedom to disseminate information.

Sarah Palin has questioned, “Why was he not pursued with the same urgency we pursue al-Qaeda and Taliban leaders?”

Bob Beckel, former Deputy Assistant Secretary of State and current Fox News contributor, said on air, “The way to deal with this is pretty simple…I’m not for the death penalty, so there’s only one way to do it: illegally shoot the son of a bitch”

The incitements even crossed into placid Canada, where Tom Flanagan — an advisor to the Prime Minister of Canada — called for the targeted killing of Assange on CBS news. He said, “I think Assange should be assassinated, actually. I think Obama should put out a contract and maybe use a drone or something”.

Assange did not fabricate any document, he just- like any other journalist- published documents that unveil rampant corruption which he did not steal himself, which is nothing illegal. However, the award-winning editor-in-chief may find a price on his head and a decree to have him murdered.

Is this the western definition of “free expression” or “democracy”? The commonality here between those who want to kill Assange and Khomeini is that both are defending their sanctities.

Bottom-line, “Freedom of Speech” is a western myth.