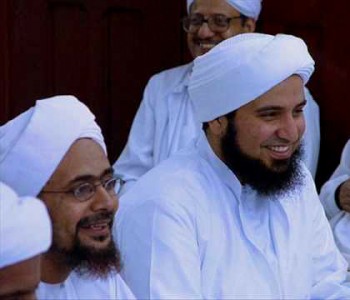 An international conference over moderation was held in Tarim city of Hadramawt province on December 21 through 23, 2010, said Ahmad al-Khatib, member of the organizing committee.

Islamic professors from the USA, Canada, UK, Malaysia, Saudi Arabia, UAE, Oman, Syria, and Yemen are to take part in the conference that is held within the activities of Tarim as the Capital of the Islamic Culture for the year 2010.

Participants have started arriving in Sayeon airport in Hadramawt. Among them were Professor Abdul Hakim Murad Winter from professor of Faith and Philosophy of Cambridge University, Professor Fuad al-Nahdi consultant of the British cabinet ministers for the Islamic affairs, Professor Nadhim Bakhesh from Canada, and Professor Said al-Bousi from Syria.

The head of the preparation committee of the conference Abu Bakr al-Mashhour said that the conference would discuss four main factors. The first is the historical roles of Tarim religious schools, the role of the Hadrami people in spreading Islam, and the historical relation between Hadramawt and the world. The scientific factors will focus on moderation of Islam and Islam’s attitude regarding different challenges such as, terrorism, violence, fanaticism, extremism, aggression, and poverty.

The conference is set to discuss how Islam calls for moderation and for the abandoning of extremism and fanaticism.