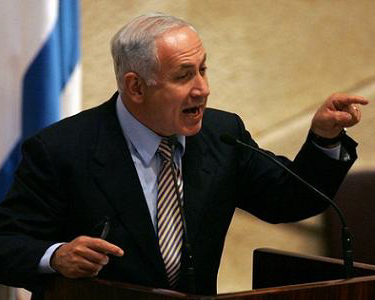 Leaders around the world are losing their patience with Netanyahu and wondering if the Israeli PM is a partner for peace. The way to restore their faith and protect Israel’s interests around the world remains freezing settlements.

Israel has embarked on a vanguard diplomatic effort to foil the Palestinian initiative to gain international recognition for Palestine in the 1967 borders, and to fend off a resolution in the UN Security Council condemning settlements. The diplomatic activity has been accompanied by a loud campaign against what Prime Minister Benjamin Netanyahu calls the “delegitimization of Israel around the world.” He is trying to convince us that the deterioration in Israel’s standing stems from the rejection of Israel’s existence, and that this erosion is not related to his government’s policies on peace and settlements.

The unilateral steps taken by both sides do not build confidence between Israel and the Palestinians and disrupt the implementation of a two-state solution. It would be best if the United Nations recognized the Palestinian state the day after the end of the negotiations on the core issues, with borders topping the list. In a meeting with Israeli peace activists this week in the Muqata in Ramallah, Palestinian President Mahmoud Abbas called on Netanyahu to begin serious negotiations and stop establishing facts on the ground by expanding settlements.

Our political leaders only have themselves to blame for the deterioration in Israel’s international standing. WikiLeaks has exposed that Ron Dermer, a political adviser to Netanyahu, told guests from the United States in December 2009 that Netanyahu has lost patience with Abbas and does not consider him a partner for peace.

In December 2010, leaders around the world are losing their patience with Netanyahu and are wondering if the Israeli prime minister is a partner for peace. The way to restore their faith and protect Israel’s interests around the world remains the freezing of settlements and a diplomatic process in which the core issues are seriously discussed. The international community must push the sides toward such negotiations.