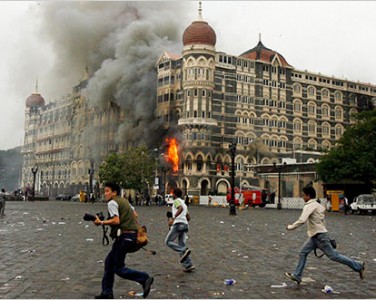 “To what extent does the media’s coverage of terrorism fuel terrorists?” a member of a mailing list group named Jurnalisme that I subscribe to recently asked. Like the media practitioners, activists in non-governmental organizations, and students of journalism joining this mailing list, this is a question that has also been on my mind.

In the digital age, in the midst of intense competition among media, journalists always seem to be in a race against time. There is an impression that the best news site is the one that pushes out broadcasting news reports the fastest, even at the risk of sacrificing accuracy and depth.

This is the case with the media’s coverage of violence and terrorism in the name of religion in Indonesia. Verifying facts, which is a fundamental principle of journalism, seems to have gone by the wayside in the demand to broadcast news reports as fast as possible, often by relying on information provided by only one or two sources, such as police officers or government officials.

Terrorist acts in the name of religion and intolerance between religious communities have, for the umpteenth time, become the topics of lead stories in Indonesian media. Recent headlines are filled with reports of a series of armed robberies allegedly linked to a terrorist network in the province of North Sumatra, an attack on an Ahmadi (known as Ahmadiyya in Indonesia) mosque in Bogor in West Java, and an assault on two church leaders in Bekasi, also in the province of West Java.

For these incidents and others, the media is the main source of information for the public. However, instead of helping prevent the conflict from escalating further, the media seem to be trapped in sensationalism.

Take a look at the titles and labels used in the media: terms like “radicals”, “hardliners”, “fundamentalists” and even “terrorists” are often associated in the media with Islam and Muslims. The selection and use of these terms are often highly biased, spreading a negative image of all Muslims, even those who condemn such violence in the name of religion.

The media’s responsibility is not merely to report and provide accurate information. The media must also be aware of the possible negative impact of its intensive coverage of religious issues.

To reverse this trend, I suggest that the media focus instead on the crimes committed by the culpable individuals or groups. For example, instead of using the aforementioned terms, the media should use “bomber” to describe someone guilty of creating and/or detonating explosives, “armed robber” to refer to someone who commits such robberies, and “vandal” to refer to someone who defaces a place of worship.

Labelling perpetrators as “criminals” rather than “radicals” or “hardliners” prevents these individuals from hijacking religion to defend their heinous and religiously unjustified actions.

The International Center for Journalists (ICFJ) published a book in 2006, Fighting Words: How Arab and American Journalists Can Break Through to Better Coverage. This book provides constructive recommendations for journalists in other parts of the world as well. Three recommendations stick out in my mind:

First, reporters and producers need to educate themselves about culture and religion. I would recommend attending or joining cross-cultural forums such as conferences organized by the ICFJ and the UN Alliance of Civilizations.

Second, journalists covering religious issues need to avoid stereotypes and sensationalism. More specifically, they should include details and sufficient context in stories, as well as verifying facts and giving fair and balanced reports.

Third, newsrooms need to define loaded words, set policies about how to use them and create guidelines for the use of images, which should be reviewed from time to time.

Diversity becomes problematic when the media neglects its social responsibility to report professionally on the clashes resulting from this very diversity. Otherwise, the diversity of religions enriches human civilizations while also providing a rich source of newsworthy reporting.