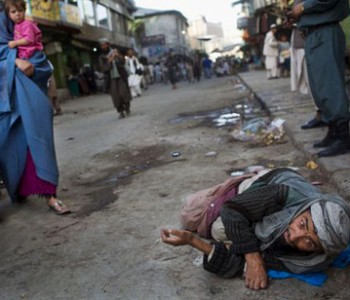 The most extraordinary failure of the US-led coalition in Afghanistan is that the expenditure of tens of billions of dollars has had so little impact on the misery in which 30 million Afghans live. As President Barack Obama prepares this week to present a review of America’s strategy in Afghanistan which is likely to focus on military progress, US officials, Afghan administrators, businessmen and aid workers insist that corruption is the greatest threat to the country’s future.

In a series of interviews, they paint a picture of a country where $52bn (£33bn) in US aid since 2001 has made almost no impression on devastating poverty made worse by spreading violence and an economy dislocated by war. That enormous aid budget, two-thirds for security and one-third for economic, social and political development, has made little impact on 9 million living in absolute poverty, and another 5 million trying to survive on $43 (£27) a month. The remainder of the population often barely scrapes a living, having to choose between buying wood to keep warm and buying food.

Afghans see a racketeering élite as the main beneficiaries of international support and few of them are optimistic about anything changing. “Things look all right to foreigners but in fact people are dying of starvation in Kabul,” says Abdul Qudus, a man in his forties with a deeply lined face, who sells second-hand clothes and shoes on a street corner in the capital. They are little more than rags, lying on display on the half-frozen mud.

“I buy and sell clothes for between 10 and 30 Afghanis (two to six cents) and even then there are people who are too poor to buy them,” says Mr Qudus. “I myself am very poor and sometimes I don’t eat so I can feed my children.” He says he started selling second-hand clothes two years ago when he lost his job washing carpets.

The aid projects that are meant to help people like Mr Qudus may have little to do with his problems and may not even exist. Fake photographs are often the only evidence that companies have carried out expensive projects located in parts of Afghanistan too dangerous for donors to visit.

“I went to see a food processing plant in the east of the country which was meant to employ 250 women,” says an Afghan who used to work for an American government aid organisation. “We had started the project and were paying for the equipment and the salaries. But all I found was a few people working on a vegetable plot the size of a small room.”

When he complained he was told by a local official to keep his mouth shut. He said that “if I did not keep quiet there would be trouble on the road back to Jalalabad – in other words they would kill me.” 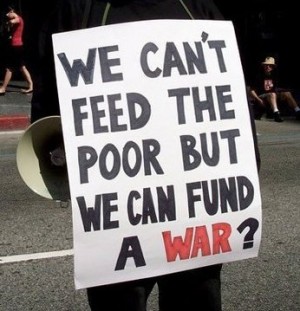 US officials admit privately that the torrent of aid money that has poured into Afghanistan has stoked corruption and done ordinary Afghans little good. Afghanistan was identified as the third most corrupt country out of 178 in the world in a report released last week by Transparency International.

“The aid projects are too big, carried out in too short a time, and the places they are located in are too remote,” says a diplomat. He recalled that he was unable to monitor a road construction project in Kunar province in the east, because he was not allowed to visit areas where he and his team could not be protected.

Afghan and Americans who have overseen aid projects agree that the “quick fix” approach has been disastrous. Schools are equipped with computers in districts where there is no electric power or fresh water.

The flood of money has had little success in reducing economic hardship. “It has all messed up into one big soup,” says Karolina Olofsson, head of advocacy and communication for the Afghan NGO Integrity Watch Afghanistan. Aid organisations are judged by the amount of money they spend rather than any productive outcome, she says.

“The US has a highly capitalist approach and seeks to deliver aid through private companies,” she says. “It does not like to use NGOs which its officials consider too idealistic.”

Big contracts are given to large US companies that are used to a complicated bidding process, can produce appropriate paperwork, and are well connected in Washington. The problem is that much of Afghanistan is far too dangerous for these companies to carry out work themselves or monitor subcontractors.

In his office in Kabul, Hedayatullah Hafizy, owner of the Noor Taq-e-Zafar Construction Company, says that there is a simple reason why the work is so poor. He says: “Let us say the main US contractor has a contract worth $2.5m. He will take a 20 per cent administrative fee and find a subcontractor, who will subcontract to an Afghan company, which may subcontract again. At the end of the day only $1.4m may be there for building the project.”

The progress of schemes is often monitored by photographs. In one small but typical case an Afghan company was paid to build and get running a tractor repair shop in the dangerous Oruzgan province. The contractor rented an existing tractor repair shop in Kandahar province for the day and hired local young men to look as if they were busily fixing engines in the shop. This was all photographed and the pictures emailed to the main contractor and the donor organisation, both of whom expressed satisfaction at what had been achieved. “There is no intention to provide a service,” says Mr Hedayatullah, “just to make money”.

There have been some successes. But, overall, aid has done surprisingly little for most Afghans. Yama Torabi, the co-director of Integrity Watch Afghanistan, says it is not really possible to carry out development aid in areas of conflict where there is fighting – it might be better to stick to emergency relief.

This would be contrary to US military policy, pioneered in Iraq, whereby local US military commanders control substantial funds that can be used for aid projects through the so-called provincial reconstruction teams. But this militarisation of aid means that the Taliban target schools built on the orders of a US commander.

“People see schools built by the Americans as American property,” says an Afghan who once worked for a US government agency. “They are frightened of sending their children there.”

The US government policy of providing aid through large American private companies is proving a failure in Afghanistan as it did previously in Iraq.

As winter approaches, half of Afghans face not getting enough to eat, according to the US Famine Early Warning Systems Network. The best use of aid money may be to subsidise food prices and help save people like Mr Qudus, the old clothes seller, and his family from starving.