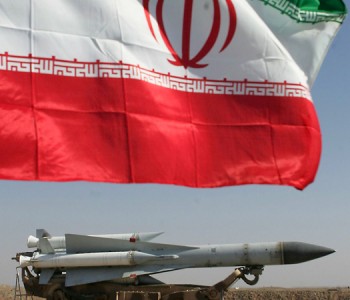 Leaked US cables show that Australia sees the Iranian nuclear programme as a “deterrent,” a sharply contrary view  to that of most Western countries. The leaks also reveal that Australia doesn’t share the assessment that Iran is a “rogue state.”

Also, Australian intelligence agencies fear Israel may launch a military strike on Iran to knock out its nuclear facilities, which they said could trigger a nuclear war, leaked US diplomatic cables have shown.

Secret cables from the US embassy in Canberra, provided exclusively to The Sydney Morning Herald by whistleblowing website WikiLeaks, reveal that Australian officials raised the issue with their allies on several occasions.

“The AIC’s [Australian intelligence community’s] leading concerns with respect to Iran’s nuclear ambitions centre on understanding the timeframe of a possible weapons capability, and working with the United States to prevent Israel from independently launching unco-ordinated military strikes against Iran,” an embassy official in Canberra wrote to Washington in March 2009.

“They are immediately concerned that Iran’s pursuit of nuclear capabilities would lead to a conventional war – or even nuclear exchange – in the Middle East involving the United States that would draw Australia into a conflict.”

Monday’s leaked letters also reveal that Australian intelligence agencies see Iran’s nuclear ambitions as a strategy to deter foreign attacks and argue it would be wrong to view Iran as a “rogue state”, the newspaper said.

The cables were prompted by a US initiative to solicit responses to Washington possibly engaging Tehran in a security dialogue, and concluded that Australia would likely not object to the United States if it chose to do so.

The correspondence shows that the Australian government, under both former Prime Minister Kevin Rudd and his successor Julia Gillard, is generally supportive of Israel.

But they say that Rudd’s previous strong condemnation of Mahmoud Ahmadinejad, the Iranian president, had prompted Tehran to take retaliatory measures against the Australian embassy in Iran. The newspaper did not detail these measures but said they made it harder for officials to conduct day-to-day business.

According to one cable, Rudd told Israel’s ambassador to Australia, Yuval Rotem, that Ahmadinejad was a “loathsome individual on every level”, adding that his anti-Semitism “turns my stomach”.