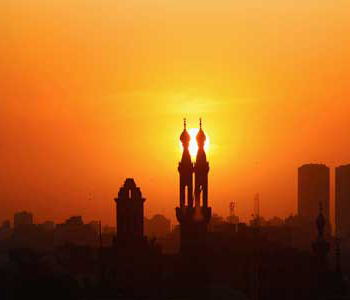 On the face of it, the Islamic finance industry has enjoyed a decent crisis. While some financial institutions that adhere to Islamic law, or sharia, have teetered, the industry as a whole has continued to expand in terms of assets under management.

Yet in spite of the apparently rosy outlook, the industry is now engaged in a heated internal debate on the future of Islamic finance.

At stake is the shape and nature of a $1,000bn industry that has seen tremendous growth and innovation during the past decade, with products ranging from Islamic hedge funds to complicated bond structures.

However, many industry figures have become increasingly concerned that rampant growth and hasty innovation have caused the sector to lose its way and imitate conventional finance too closely – adhering to the form but not the substance of sharia.

“The industry is at a crossroads,” concedes Harris Irfan, head of Islamic products at Barclays Capital. “We can either continue to mimic conventional finance in an Islamic way, or we can move towards more purely Islamic structures that more closely adhere to the spirit of Islam.”

One of the first signs of concern came in early 2008 when Sheikh Taqi Usmani, one of the industry’s leading clerics, condemned several prominent Islamic bond structures. Since then, other industry figures have condemned products, such as Islamic derivatives, as inherently incompatible with the principles of sharia – such as requirements for risk-sharing and asset-based transactions.

Even simple, well-established products, such as Islamic current accounts, have been criticised by stricter Islamic finance figures. In theory, depositors in Islamic banks share in the risk of the loans made by the bank using their money, and should make a return or loss according to the bank’s results.

In practice, depositors are often guaranteed a fixed return because of “profit buffers”, and most governments act as an additional backstop. During the crisis many Islamic banks lost money, but not one depositor has lost anything – anathema to some experts.

“I disagree with industry participants who try to Islamically re-engineer and simulate everything in western and conventional finance,” says Jawad Ali, Middle East managing partner and deputy global head of Islamic finance at King & Spalding, the law firm.

Outside critics are sometimes even sharper. In a recent book, Ali Allawi, an academic and former minister of defence in Iraq, lambasted the “artful delusion” of Islamic banking.

Yet many Islamic banking executives, lawyers and scholars are more sanguine, pointing out that disagreements are a natural by-product of the multitude of different religious opinions and schools of thought in the Muslim world.

Afaq Khan, head of Saadiq, Standard Chartered’s Islamic arm, says he has been working in the Islamic finance industry for almost two decades and points out that “soul-searching is nothing new”.

Mr Khan adds: “There have always been people who say we are too conservative or too lenient, but that is a permanent fixture of the industry. We have to live in the real world and that forces some compromises. We don’t live in a truly Islamic economy, and regulators will only allow us some leeway.”

He says the industry’s products and services closely resemble their conventional counterparts largely because Islamic banks are staffed by executives with conventional finance backgrounds. “As the industry matures it will increasingly have its own identity.”

Indeed, the internal debate appears to have done little to stifle the industry’s growth. While banks have shied away from the Islamic bond structures criticised by Mr Usmani, Muslim customers have paid little heed to the debate on how truly sharia-compliant the industry is.

“The industry’s growth rate will probably not be affected by the debate,” Mr Irfan says. “We’ve reached a stage where there is so much demand-led momentum behind Islamic finance it could really explode, though this new phase of growth will be a function of the acceptance of standardisation initiatives.”

Most insiders concede that Islamic finance is likely to evolve significantly over the next decade, incorporating both the concerns of critics and pragmatic compromises.

It remains to be seen whether the result will be a messy compromise that could eventually endanger the credibility of Islamic finance with Muslims, or a hard-nosed outcome that sets the stage for another growth spurt.

“A lot of good work has been done, but a lot of work is still left,” Mr Khan concedes.